You are here: Home › Shipping News › Port Of Antwerp On Track For Sixth Record Year
TwitterFacebookLinkedInPinterestBuffer

Throughput continues to register growth in the Port of Antwerp. After record semi-annual figures, the total throughput after nine months stands at 177,026,550 tonnes – a sharp 6% increase compared with the same period last year. With these results, the port seems to be on track for the sixth record year in a row. The recent wave of investments moreover confirms the port’s appeal and reaffirms its role as a world player.

All shipping areas registered growth, both imports and exports, with the sole exception of exports to Central America which registered a slight drop. 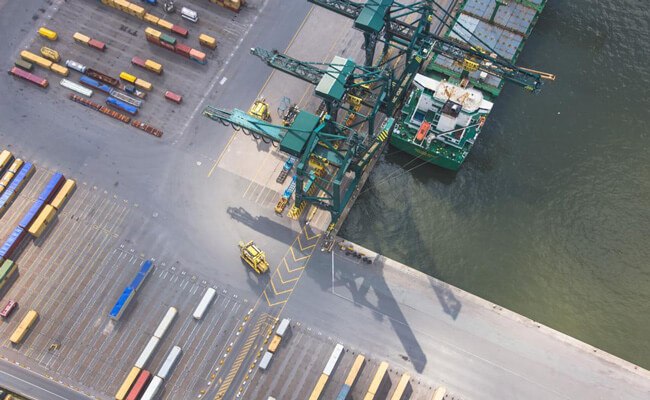 Throughput for the largest shipping area, Europe, registered the strongest growth: 12.4%. Throughput for North America grew by 8.2% and for Asia by 2.2%. Imports from China after 8 months stand at the status quo more or less, while exports are 6.7% lower. Owing to the Chinese import ban on old paper and plastic waste, export of full containers to China declined and more empty containers are exported.

Jacques Vandermeiren, CEO, Antwerp Port Authority: “2018 is already a peak year for our port. Not only because of the record figure that we can present yet again, but also because of the wave of investments in recent months. The decision of major players in the chemical industry such as Borealis, Ineos, Nippon, Sea-Mol and Oiltanking/AGT to opt for Antwerp confirms and reaffirms our strong appeal as the largest chemical cluster in Europe. The significance of this wave of investments, to the tune of some €2 billion, cannot be stressed enough. They will make an essential contribution to the sustainable future of our port and to the continuity of our role as the biggest economic driving force of our country.”

Port Alderman, Marc Van Peel, “Sustainable growth for our port is possible only if we make sure that it remains accessible to people and goods. We are assuming our responsibility on this front, together with the port community. The recent expansion of the route of the successful waterbus is a fine example of a structural solution to the mobility challenge. On the goods transport front, we are aspiring to a modal shift by 2030, with a drop in goods transport by road and an increase by rail and inland navigation.”

After a long period of negative figures, the total breakbulk throughput is showing the first signs of recovery once again and has posted a slightly positive figure.

The total Roll-on-roll-off lading grew by 5.6% to 3,960,845 tonnes. The number of passenger vehicles shipped after nine months grew by 4.1% while the number of lorries and other heavy rolling stock grew by 2.6%.

Whereas the conventional breakbulk cargo still posted a loss of 6.5% after 6 months by comparison with an exceptionally strong first half of the year in 2017, a slight increase was registered in the third quarter. As a result, the loss on an annual basis was limited to 2.7%. The reason for this is a recovery in iron and steel imports. Steel imports from China registered strong growth in the third quarter, whereas steel imports from Turkey and India dropped further. The surge in steel imports from China can be explained as a reaction to the European Commission’s quota-based safeguard measures. They were introduced in July to protect the European steel market against a possible flooding as a result of the 25% import tariffs imposed on steel by the United States.

The throughput of crude oil dropped by 7.1%, while that of petroleum derivatives (+6%) and chemicals (+10.1%) spurred the liquid bulk.

The throughput of dry bulk grew by 1% compared with the same period in 2017. This is due in particular to the bigger transhipment of fertilizers (+11.2%), sand and gravel (+23.9%) and coal (+3,3%) because the other traffic (ores, kaolin, cereals and scrap) were volatile in the previous period and are currently posting a drop.

Appeals Raised Against Dismissal Of Charges On Bocimar For Scraping Vessel In Bangladesh
19 Port Authorities Sign Declaration On Disruption, Digitalisation And Decarbonisation
Watch: Port Of Antwerp To Attempt World’s First Conversion Of Tugboat To Methanol-Propulsion
PIONEERS Consortium Coordinated By Port Of Antwerp Takes Lead In Greening Of European Ports