You are here: Home › Shipping News › Port Of Amsterdam Marks 2018 As Record Year With 12.5% Increase In Profit
TwitterFacebookLinkedInPinterestBuffer 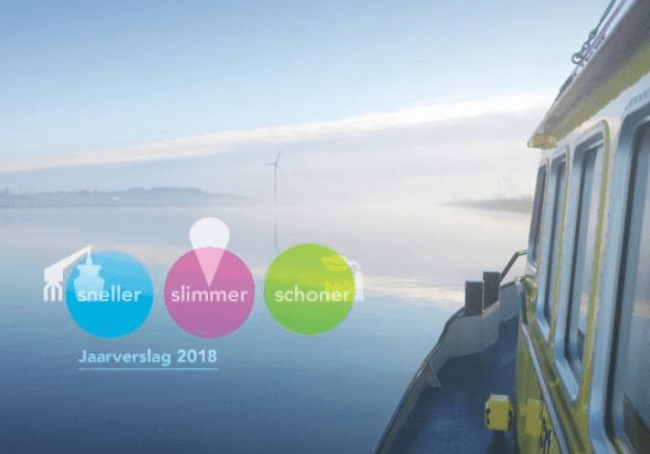 Port of Amsterdam presents these and other results in its 2018 Annual Report published today. The annual figures show a financially healthy position for Port of Amsterdam, which is benefitting from the favourable economic climate. The added value of the port increased by more than 4 percent to EUR 7.2 billion and port-related employment rose by more than 2 percent to 68,399 jobs.

A striking aspect of the revenue from land allocations is the large share of square metres allocated through ground lease to companies that have bio-based and circular activities. More than 20 percent (9.1 hectares) of the 45.1 hectares of leased out land was allocated to these types of companies (2017: 2 percent), such as two companies that convert plastics into new raw materials. Port of Amsterdam CEO Koen Overtoom: ‘We see through discussions at climate roundtables, new sustainable initiatives and the location of the new players active in the energy transition and the circular economy that the port is undergoing a pivotal transition. The share of new companies with a distinctively sustainable profile is starting to gain critical mass. We’re becoming faster, smarter and cleaner. That is a positive development.’

Transhipment in the port of Amsterdam grew to a record amount of 82.3 million tonnes in 2018. The North Sea Canal Area also saw transhipment reach a record volume of 101.8 million tonnes. In addition, 2018 was a record year in terms of the number of ship calls. The number of sea shipping movements in the North Sea Canal Area increased by 7 percent to 17,952 (2017: 16,813). Cruise ship calls rose to new heights, with 180 sea cruise ships and 2,007 river cruises calling at Amsterdam in 2018.

Approximately 27 percent (an increase of 7 percent) of the ships received the environmental discount on harbour dues. Our own footprint decreased by 25.6 percent, which is also a record. The number of installed solar panels in the area increased by 50,024 m2 in 2018 and currently stands at a total amount of 55,000 m2. Port of Amsterdam’s investment level amounted to EUR 53.3 million, which is 40 percent higher than in 2017 (EUR 31.9 million).