The Port of Oakland last month set an all-time record for import cargo, handling the equivalent of 84,835 loaded 20-foot import containers. That was the most for a single month in its 90-year history, breaking the previous record of 84,023 containers set in March 2015.

The Port said that July import volume increased 5.4 percent over the same period a year ago. The surge comes at the start of peak season when shippers transport additional cargo ahead of holiday and back-to-school sales. 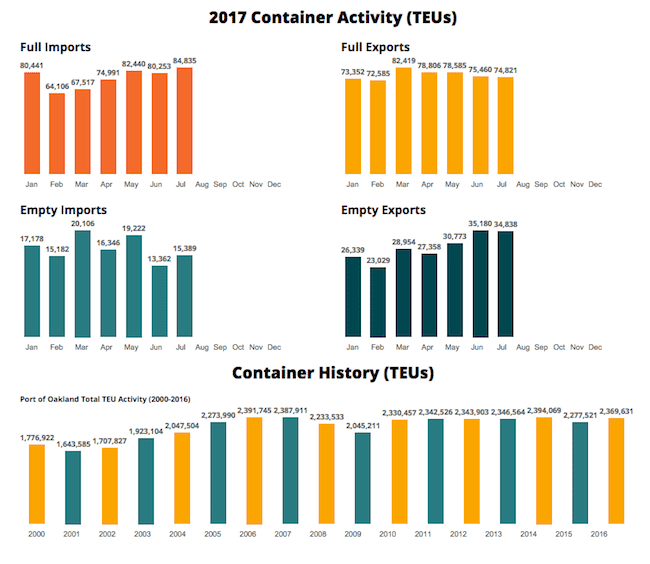 “Retailers have been forecasting strong peak season import numbers this year and so far, they’re right,” said Maritime Director John Driscoll. “We’re glad to support them and we are ready for more.”

The Port attributed the cargo increase to the economic health of its core market in Northern California and Western Nevada and to the continued strength of U.S. consumer spending.

The Port reported that import volume through the first seven months of 2017 increased 3.7 percent. It added that the number of vessels visiting Oakland during that period declined 7.6 percent. The Port said shipping lines are transporting more cargo to Oakland on fewer but larger ships.