Shore power reduces emissions by allowing vessels to draw power from the local electrical grid and thereby turn off their diesel engines while in port. Also present for the announcement were partners BC Hydro, Global Container Terminals – operators of Deltaport terminals – and DP World Vancouver, operators of Vancouver’s Centerm. 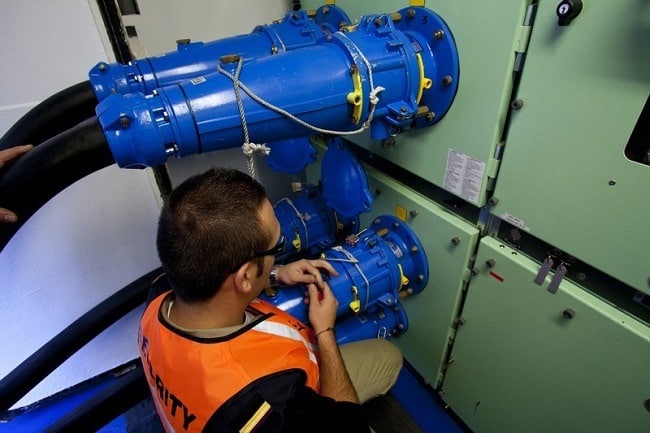 “We are proud to be investing in shore power at Port Metro Vancouver’s Centerm and Deltaport container terminals. Federal initiatives such as the Shore Power Technology for Ports Program will not only help the environment and improve our health, but will also position British Columbia’s trade sectors to take advantage of growth opportunities, increase revenues and create jobs.”

“Port Metro Vancouver is mandated to facilitate Canada’s trade while protecting the environment and supporting communities. The installation of shore power at container terminals in Vancouver and Delta represents another positive step in ongoing work to reduce marine shipping emissions, work that has resulted in significant improvements in Metro Vancouver air quality. We are very proud of the collaboration between the Government of Canada, Port Metro Vancouver, BC Hydro, DP World and Global Container Terminals to bring shore power facilities for container ships to our port”.