You are here: Home › Marine World › Port Of Long Beach Experiences Busiest May Ever
TwitterFacebookLinkedInPinterestBuffer

New vessel-sharing alliances and increased use of terminals pushed the number of containers flowing through the Port of Long Beach in May to a record high for the month.

A total of 648,287 twenty-foot equivalent units (TEUs) moved through the harbor in May, an increase of 1.2 percent compared to the same month a year ago. May 2016 volume was the second-highest May in the Port’s history behind May 2006. 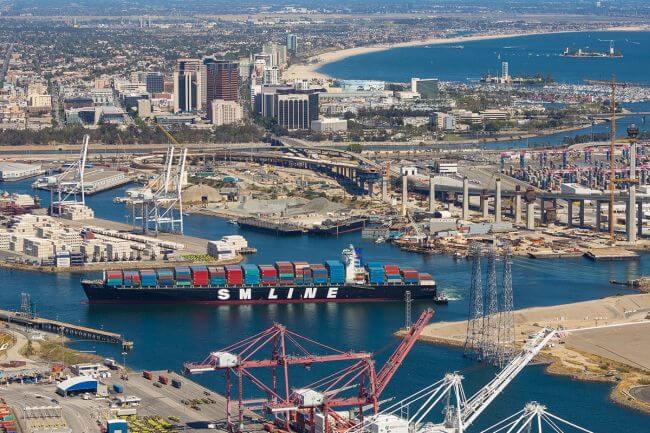 “Last May was a great month, so we’re encouraged that we did even better this year,” said Port of Long Beach Executive Director Mario Cordero. “Our strong belief is that if we continue to build the most modern facilities of any port in the United States and provide the best service, the customers will come.”

The National Retail Federation has forecast steady growth in imports during the next few months as the peak season begins. For the calendar year to date, cargo traffic has risen 4.1 percent in Long Beach.

“The new alliances are making more efficient use of our terminals with their deployments,” said Harbor Commission President Lori Ann Guzmán. “Beyond that, the strong U.S. dollar is growing our imports, but not helping our exports. Still, we’re in line with our projections for the year, and the Port is in a strong position as we head into the peak season.”