Highlighting Port Houston’s growth, three towering new ship-to-shore cranes were delivered to the Barbours Cut Container Terminal today after a three-month journey from China, where they were manufactured.The state-of-the-art cranes entered the Houston Ship Channel with booms raised, making them 371 feet high aboard the M/V ZHEN HUA 13, a specialized heavy load carrier that brought them across the seas.

The cranes, which will stand 270 feet high after they are installed, are expected to be operational during the first quarter of 2018. They are part of a $700 million modernization program underway at Barbours Cut to increase cargo-handling efficiency and capacity. 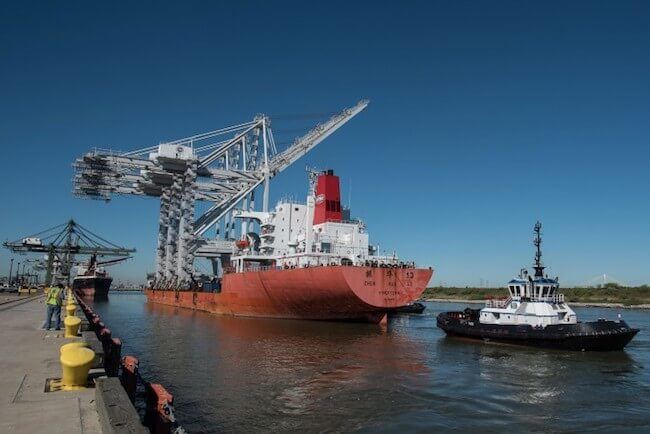 “Considerable improvements are being made by Port Houston as we strategically prepare for expected growth,” Port Houston Executive Director Roger Guenther said. “These cranes are a good example of how we continue to focus on our infrastructure.”

While Port Houston already has been expanding in recent years, additional growth is expected in part because of the expansion of petrochemical facilities along the Houston Ship Channel. Those expansions will result in an increase in plastic resins, which are a byproduct of the petrochemical process, and many of those resins will move as containerized exports across Port Houston’s docks. 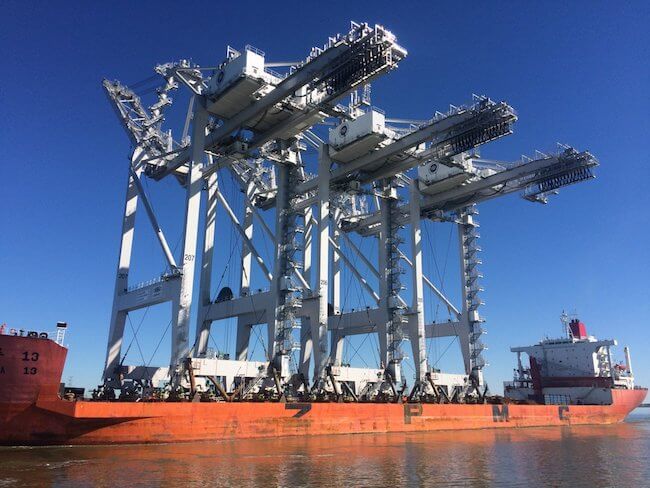 The $33.5 million purchase of Port Houston’s newest super post-Panamax cranes was approved by the Port Commission in 2015. That same year, the first four super post- Panamax cranes for Barbours Cut were delivered.

New ship-to-shore cranes for Port Houston’s Bayport Container Terminal are currently under construction and are scheduled to be delivered early next year.

Port Houston is the largest container port on the U.S. Gulf of Mexico, handling nearly 70 percent of all containers that move through the gulf.