On Wednesday, the Arken Combi Terminal at the Port of Gothenburg was officially opened. Freight can now switch between road, rail, and sea at the quayside, and can do so much more efficiently than before. The new terminal will result in higher freight capacity, improved transport efficiency, and cleaner air. And more than 100 trucks a day avoid having to negotiate their way through the center of Gothenburg.

The newly opened Arken Combi Terminal is a 65,000-square meter terminal, located beside the container and ro-ro terminals in the outer port area. Containers and trailers can switch between road, rail, and sea for onward movement to destinations throughout Sweden and the rest of the world. 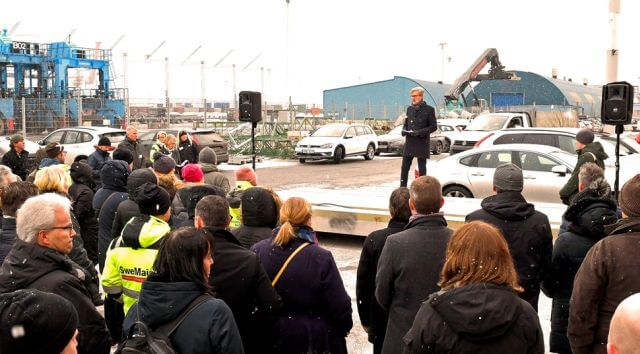 The combi terminal has been in operation since the turn of the year and already handles more freight than the old terminal at Gullbergsvass, which has now been closed. There, five trains were handled per day. Already, seven trains per day are handled in the Arken Combi Terminal and the figure is expected to increase shortly. More than 100,000 trailers a year are expected to change from one mode of transport to another at the new terminal.

“The Arken Combi Terminal is a long-awaited piece in the puzzle at the Port of Gothenburg. The market has been looking for ways of handling more goods more efficiently, and the city needs the former terminal area to press ahead with its urban development programme. We are pleased that we were able to respond rapidly to these wishes. At last, we have a solid intermodal solution in place,” said Magnus Kårestedt, Gothenburg Port Authority Chief Executive. 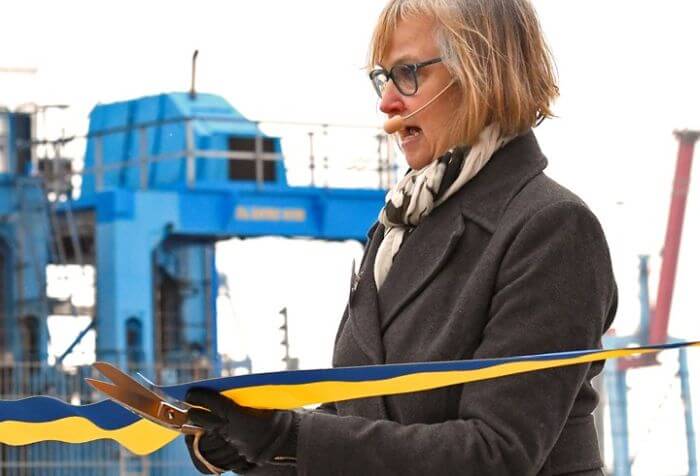 “A new combi terminal in a location that is close to industry and the port opens up further potential for establishing a more efficient flow between road, rail, and sea. We also have the added benefit of reduced pressure on the road system in the center of Gothenburg with the rerouting of heavy vehicle traffic,” said Lena Erixon, Director General of the Swedish Transport Administration.

* The West Link is the planned eight-kilometer, double-track rail link through the center of Gothenburg.