The labour dispute at the Port of Gothenburg has led to an unprecedented fall in container volumes. During the first six months of the year, the number of containers shipped fell by 22 per cent, the biggest decrease ever in the history of the port. The decline was particularly noticeable in June, with volumes down by 60 per cent. Container handling is now at a level not seen since 2001.

Magnus Kårestedt, Gothenburg Port Authority chief executive, attributes the unprecedented fall in container volumes to the ongoing labour dispute, which is now into its second year. “The consequences for Swedish trade are immense, as several services to key markets have been withdrawn, including direct services that are vital to both imports and exports. A great deal of freight has been shifted from sea to road, investments are failing to materialise, and jobs have disappeared.”

Volume figures for the first six months of the year clearly show how the dispute between the trade union and the container terminal, APM Terminals Gothenburg, is impacting negatively on container trade. Compared with 2016, volumes are down 22 per cent. The impact was particularly noticeable in June – down 60 per cent on June 2016. Preliminary reports show that the figures for July were also at an historic low. The upward trend has been broken and we would need to go as far back as 2001 to find a corresponding volume level. 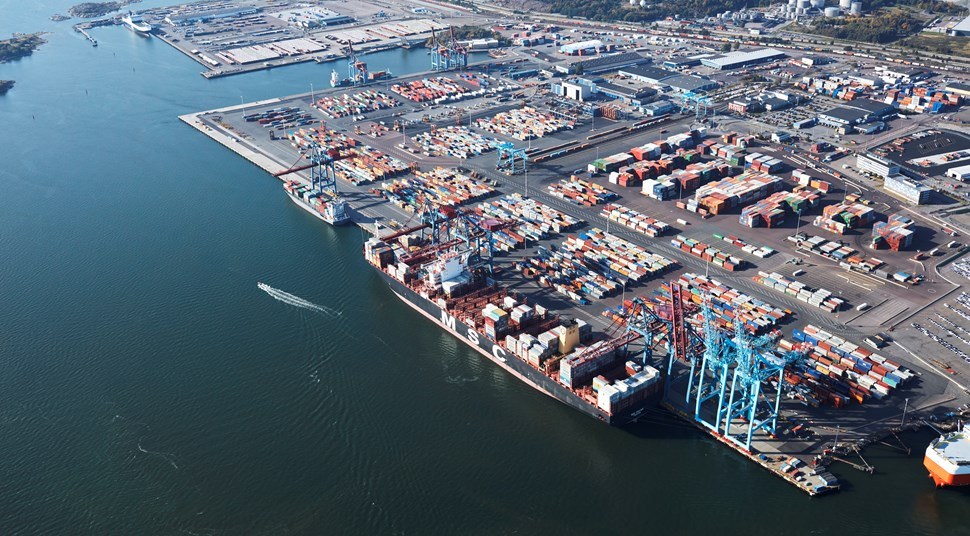 “It is painfully clear how the dispute has harmed the port and industry. We have had an incredible rate of growth over the years here at the largest port in Scandinavia, and billions have been invested to serve Swedish trade optimally,” said Magnus Kårestedt.

The dispute between the operator, APMT, and section 4 of the Swedish Dockworkers’ Union began back in May 2016. It has continued despite the fact that APMT has signed and is a party to the industry’s collective agreement. The situation has led the government to take action and set up an enquiry to review labour market rules.

Magnus Kårestedt continued: “It is unreasonable that a group of dockworkers in Gothenburg can block trade flows for an entire country in this way. National mediators have attempted to resolve the dispute on repeated occasions. APM Terminals has accepted all the proposals put forward by the mediators whilst the Dockworkers’ Union has rejected them. I welcome the government’s enquiry although legislation takes time and in the interim we need an immediate local solution that will allow the port to regain its credibility.”

Rise in other types of freight

Other freight categories at the Port of Gothenburg are continuing to increase. The number of ro-ro units* shipped during the first half of the year totalled 291,000 – up seven per cent on 2016. During the first six months of the year, 137,000 new cars were exported or imported, a 40 per cent increase on the corresponding period last year, due largely to the success of Volvo.

Volumes at the Energy Port have also risen – up seven per cent on the first six months of 2016.

** Ro-ro stands for roll-on/roll-off and refers to trailers and other wheeled cargo carried on ships that operate in regular liner traffic within Europe.

Energy Observer Vessel Fitted With Oceanwings Wingsails; An Initiative To Decarbonize Maritime Transport
Photos: US’ Only Heavy Icebreaker Completes Antarctic Treaty Inspections
Want to share your tips and advice? Got questions? Visit the community forum to ask questions, get answers, meet people, and share your tips!