Hutchison Ports Port of Felixstowe won the Port Operator of the Year at the Lloyd’s List Global Awards presented last night at the National Maritime Museum in London.

The Port of Felixstowe won the award for a combination of its innovation, focus on reducing CO2, improved safety and emphasis on rail, helping to reduce road congestion. 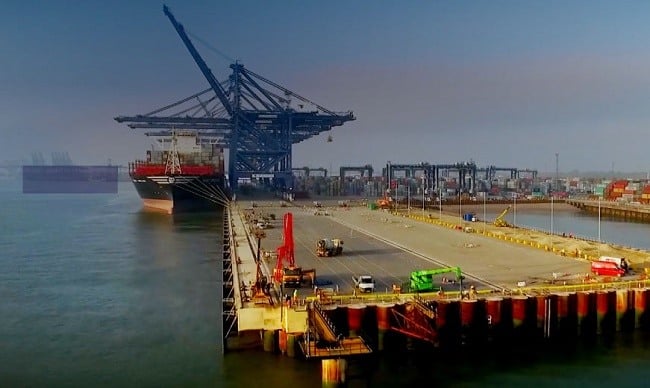 “This year we are celebrating 50 years of dedicated container handling at the Port of Felixstowe. Throughout that time we have maintained a strong focus on constant improvement in all areas of our operations. We have invested constantly in new equipment, systems and people to both improve efficiency and reduce our environmental impact. Mostly, however, this award is a testament to the skill and dedication of our people and shows that, 50 years on from being the UKs first container terminal, we continue to lead the field.”

“The past 20 years have thrown up many different challenges for shipping. We have seen stratospheric dry bulk rates followed by an unprecedented collapse. We have suffered the resurgence of piracy and the rising threat of cyber-attacks.

“But we have, at the same time, achieved extraordinary feats of technological distinction, creating the efficient backbone of globalisation, and, I would argue, a better world in the process.”

The 20th anniversary of the awards were attended by over 400 industry professionals and hosted by BBC presenter Jeremy Vine. Recipients are chosen from entries taken from around the world and adjudicated by a distinguished judging panel.