Activists living in port communities around the world who have been fighting the cruise industry for their right to clean air and healthy oceans will hold a first-of-its-kind virtual “Rally to Clean Up Cruising”, Monday, June 8, during World Oceans Day.

The virtual rally, which takes place on Zoom (11 a.m. Alaska / 3 p.m. New York / 8 p.m. London / 9 p.m. Venice – and 5 a.m. Sydney on June 9th) provides a unique opportunity for the public to hear directly from port communities around the world about the collective toll the cruise industry takes on our air — and thus our public health — our oceans, and the climate. 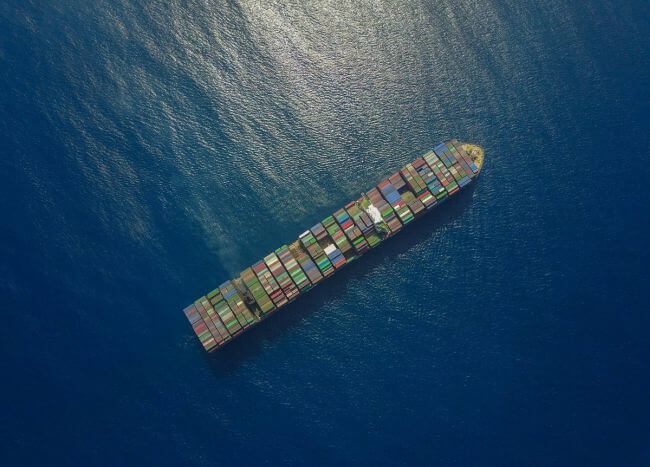 “Tourists love Glacier Bay National Park, and the U.S grants cruise companies over 200 permits annually. Glacier Bay is the Tlingit people’s ancestral homeland for over 14,000 years, but to accommodate the massive cruise industry, we are banned from entering our homeland — an injustice that hurts us still today. As the numbers of cruise ships increase, we have become faceless and voiceless,” said Kashudoha Wanda Loescher Culp of the Tlingit people of Hoonah, Alaska.

“Imagine a country whose GNP is dwarfed by the profits of industry that has perfected its pollution and exploitation of our waters, our tourism economy, and our cultural identity. The ‘private island’ model of cruise tourism is a modern-day blitzkrieg unfolding in the Bahamas, and it is covered up by glossy photos of happy cruisers romping through previously pristine environments re-engineered into grotesque theme parks,” said Sam Duncombe of Nassau, Bahamas.

“Juneau was once part of a vibrant Alaska tourism industry of independent travelers and group tours. Visitors slept in our towns, ate in our restaurants, and interacted with locals. Then the cancer of the modern cruise industry began. It slowly destroyed the independent tourism industry, overwhelming our communities, crippling our friendly welcomes, infecting our towns, dumping waste in our water, and polluting our air,” said Karla Hart of Juneau, Alaska.

“I have heard many stories of what life is like for workers on cruise ships. For many, it is a floating hell. One crew member told me he had not been outside in fresh air in a month. These wages and working conditions are possible because cruise ship companies intentionally register their ships in countries with weak labor laws, allowing them to exploit workers,” said Klaus Gjukastein of Bergen, Norway.

“The port and cruise industry are thought to contribute up to 23% of Southampton’s air pollution. I have grown used to seeing patients with respiratory disease not fully explained by traditional risk factors, and I am deeply frustrated with the paucity of data on shipping emissions and the lack of awareness about the importance of air quality and health. My patients should not pay the price for someone else’s leisure,” said Dr. Christelle Blunden of Southampton, UK.

“Cruise ships pose a massive existential threat to Venice’s future. Aside from the pollution and energy intensity associated with these ships, which exacerbate climate change, last June we witnessed the horrifying drama of the MSC Opera crashing into the city. As the industry grows and the number and size of ships increases, so does the environmental, economic and social damage that they cause,” said Jane da Mosto of Venice, Italy.

“Since 1986, the cruise industry has tried to weasel their way into our community. And since 1986, we have successfully blocked them. To all those port communities fighting to keep cruise ships out, I encourage you: never quit. You have more power than you know. If you organize, if you strategize, if you empower your community by arming them with facts, if you tell your story about the place you love — you will win,” said Steven Gration of Gold Coast, Australia.

During the virtual rally, activists will deliver a petition signed by 47,000 people to Carnival Corporation, Norwegian Cruise Lines, Royal Caribbean and MSC with a list of demands for the cruise industry. Cruise executives from the companies were invited to attend the virtual rally and accept the petition., but no companies accepted the invitation.

The virtual rally is organized by the Clean Up Carnival coalition, an international alliance of organizations focused on cleaning up the cruise industry, and Stand.earth, an environmental organization that campaigns to end the use of heavy fuel oil, end ocean dumping, and secure strong climate commitments from the cruise sector.

“COVID-19 thrust the cruise industry into the global spotlight, exposing the horrors below the shiny surface of this sector’s business practices. The failure of cruise companies to respond to the COVID-19 pandemic echoes a decades-long history of putting profits over people and our planet. It’s time for the cruise industry to start listening to the concerns of port communities, who are most impacted by their unscrupulous business practices. A return to pollution-as-usual is not an option,” said Kendra Ulrich, Shipping Campaigns Director for Stand.earth.

“The cruise industry’s culture of putting profits over people is what led to its public health crisis during the coronavirus pandemic. Cruise lines are largely failing when it comes to air and water pollution reduction. Excess pollution from these ships can cause serious health problems, destroy habitats, and exacerbate climate change. The cruise industry must set a course for a better future, by improving environmental, community, and public health practices in port communities and in our oceans,” said Marcie Keever, Oceans & Vessels Program Director at Friends of the Earth US.

“If cruise giants are serious about staying in business, on a liveable planet, they need to get their ships off fossil fuels and step up to communities’ demands. This includes protecting the health of customers, crewmembers, and the planet by rapidly switching to the cleanest fuels currently available, ending the dumping of waste in our oceans, and adopting climate targets aligned with the Paris Agreement’s 1.5°C pathway,” said Madeline Rose, Climate Campaign Director, Pacific Environment