In year-end financials provided to the Canaveral Port Authority Board of Commissioners at its regular monthly meeting on Wednesday, Port CEO John Murray and Chief Financial Officer Mike Poole reported that the Port earned $103.75 million in total revenue for Fiscal Year 2018.

Port Commission Secretary/Treasurer Tom Weinberg stated, “This is more than double the Port’s Fiscal Year 2008 revenues of $47.4 million and represents an exceptional return on a cruise and other capital investments.” 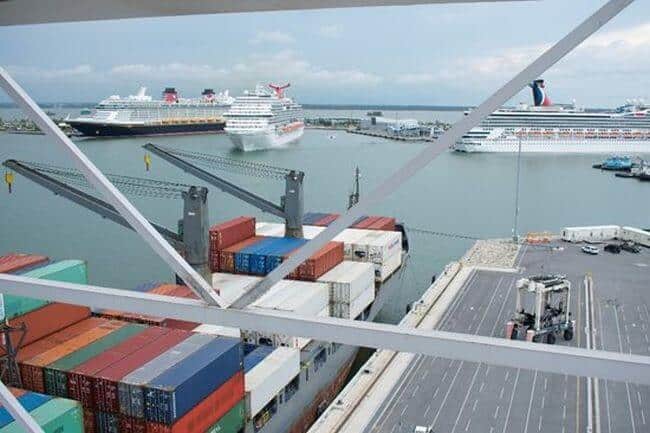 The Port’s FY ‘18 operating revenues reached $101.72 million with over $10 million in cargo revenues earned – the first time in the Port’s history – and an all-time high for multi-day cruise ship passengers at the Port. The FY ‘18 figures are $8.44 million above last year’s reported revenues of $93.28 million and a 120-percent jump from FY ‘08, when operating revenues totaled $46.1 million.

“These historic achievements are affirmation that the course we’ve charted for our Port is a good one,” stated Port CEO Capt. John Murray. “We’re continuing to look ahead to strong organic growth, sound business planning, and a clear focus on creating a best-in-class experience for every customer.”

More cruise guests than ever launched multi-day vacations at Port Canaveral in FY ‘18, as the number of passenger movements at the world’s second busiest cruise port rose by 327,489 to 4,568,431 in 2018, a 7.7-percent increase over last year.

“These are exciting times at the Port. Our evolution from a small man-made port for the military to a 21st century economic driver for the Central Florida region and beyond has been driven by deliberate and strategic decisions,” Commission Chairman Wayne Justice stated. “Our strong partnerships with our customers and our community, combined with a commitment to enhance the value of our assets and invest in infrastructure will continue to promote solid growth and prosperity.”