AAL, one of the world’s leading global breakbulk, project cargo and heavy lift operators, is supporting the oceanic research work of the Sir Alister Hardy Foundation for Ocean Science (SAHFOS) through the installation and carriage of a Continuous Plankton Recorder (CPR) onboard one of its vessels.

The AAL Melbourne will tow one of SAHFOS’s CPR devices during its voyages through the Pacific, enabling SAHFOS to collect data on plankton populations in these waters. The results will contribute to SAHFOS’s CPR Survey, which is one of the longest running marine biological monitoring programmes in the world, dating back to the first CPR tow in the North Sea in 1931. This data will make an important contribution to SAHFOS’s groundbreaking research on a wide range of ocean science and environmental issues, including climate change, pollution, biodiversity and over-fishing. 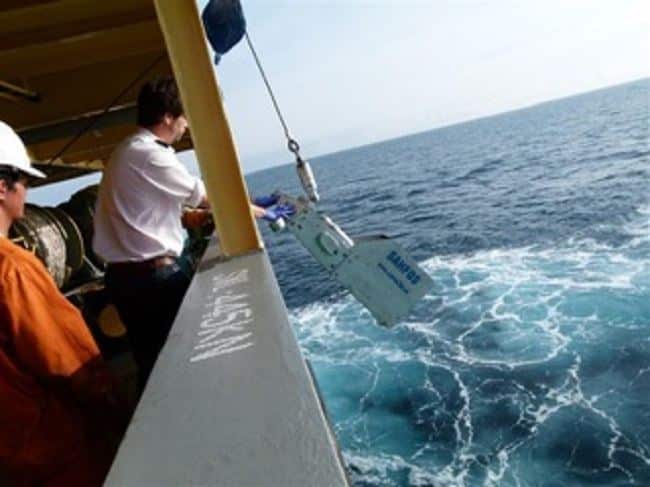 The CPR was installed on the AAL Melbourne on 25 June 2015 while visiting the port of Squamish in Canada. The AAL Melbourne is one of AAL’s fleet of 31,000 dwt A-Class modern multi-purpose vessels.

Kyriacos Panayides, Managing Director of AAL, said: “The Sir Alister Hardy Foundation for Ocean Science is one of the world’s most respected marine science organisations and its work over the past eight decades has provided an irreplaceable resource and supply of information for ocean science. We are happy to support the Foundation’s work through the deployment of a plankton recorder on the AAL Melbourne, which is certainly fulfilling her brief as a multi-purpose vessel! Fittingly, the CPR device was installed on the AAL Melbourne on 25 June, which is the International Day of Seafarer. We at AAL strongly believe that the shipping community should work together with the scientific community, including such leading organisations as SAHFOS, in order to better understand and protect the health of our oceans.”

“Its great to have the AAL Melbourne involved in the Pacific project. The trans-Pacific transect that the ship will collect data along is one of the longest CPR routes we have and passes through some very different and important ocean regions. Right now the ocean near the North American coast is unusually warm and we’re keen to see what impacts this may have on plankton populations. Having the shipping industry involved in collecting this data, with the enthusiasm that they always bring, is really rewarding and we’re very grateful to AAL for joining the project.”

The Sir Alister Hardy Foundation for Ocean Science is an international charity that operates the Continuous Plankton Recorder survey. The CPR has been used to collect data from the North Atlantic and the North Sea on biogeography and ecology of plankton since 1931. More recently, as the Foundation has become more involved in international projects, work has been expanded to include other regions around the globe. In total, SAHFOS’s Plankton Recorder programme has towed over 6 million nautical miles.

The data collection by the CPR Survey is particularly important because all living marine resources ultimately depend upon the plankton that forms the base of the ocean’s food chain. To understand and predict changes in living marine resources under future climate change and ocean-use scenarios, scientists need information about the physical environment and plankton population patterns.