Tanker vessel MT VEMAHOPE was attacked by a single speedboat with an unknown number of armed individuals at around 1930 UTC Apr 30 in Gulf of Guinea, some 175 nm south of Lagos.

The vessel was underway, en route from Lome Togo to Cameroon.

According to reports, 10 crew members have been kidnapped by the pirates.

According to Dryad, with the kidnap of 10 crew from the VEMAHOPE, the total number of crew kidnapped from vessels operating in West Africa in 2020 has increased to 42 personnel. 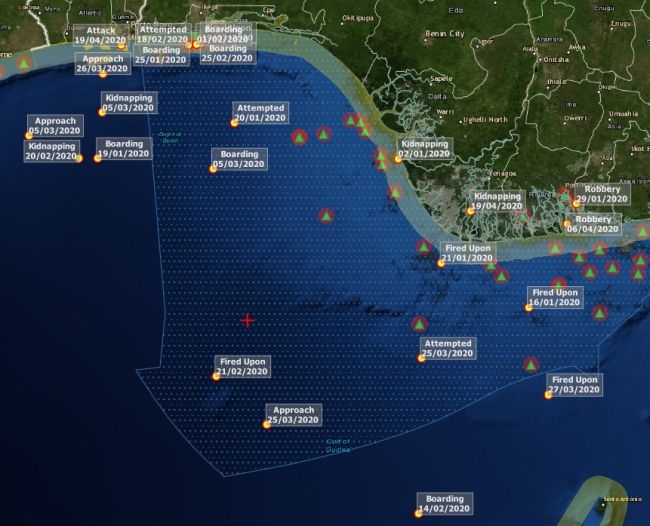 Historically incident reporting within this area is significantly less than that of the wider Delta area, principally as a result of less traffic density however across 2019 and 2020 there has been a gradual increase in incidents occurring beyond traditional maritime crime heartlands.

If confirmed, this incident would be the 7th deep offshore incident within the Nigerian EEZ within 2020. Total incidents in West Africa have thus far tracked 2019 trends almost exactly with a partial fall of only 1 incident seen in 2020 compared incidents over the same time-frame in 2019.