You are here: Home › Shipping News › Pilot Will Board With Whale Guide In British Columbia Waters
TwitterFacebookLinkedInPinterestBuffer

Ship strikes, vessel disturbance, and underwater noise are key threats faced by whales, dolphins and porpoises off British Columbia’s coast. A new guide for mariners — produced by the Vancouver Aquarium’s Coastal Ocean Research Institute in partnership with the Vancouver Fraser Port Authority and the Prince Rupert Port Authority — is intended to inform mariners about the risk of collisions between vessels and marine life, and to help minimize vessel disturbances.

On the B.C. coast, cetacean-vessel collisions may involve many species, including fin whales, humpback whales, killer whales and grey whales. The purpose of the Mariner’s Guide to Whales, Dolphins and Porpoises of Western Canada is to raise awareness among large vessel mariners and provide information that will help mitigate vessel impacts on cetaceans along the B.C. coast including strikes, disturbance, noise, and air pollution. 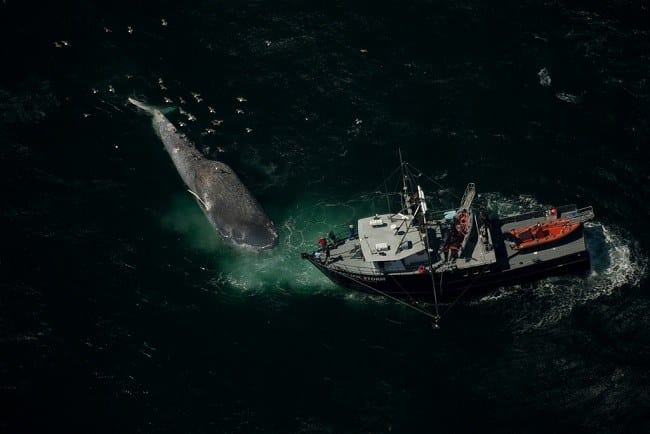 Data collected by the B.C. Cetacean Sightings Network, supplemented by data sets from Fisheries and Oceans Canada and Pacific Northwest LNG, have been used to create maps that give a sense of high density areas for various species of cetaceans found off the coast of B.C., and where encounters are likely to occur. The guide will also help vessel crew members identify key cetacean and sea turtle species, understand the threats their vessels pose, and take action to minimize those threats.

“We are so fortunate in British Columbia; our coastal ecosystem is home to an incredible array of whales, dolphins and porpoises,” said Caitlin Birdsall, marine mammal researcher with the Institute. “It’s also host to increasing marine traffic and this is a terrific example of agencies working together to address common threats to at-risk wildlife.”

The guide was developed with input from ports and other partners from the marine transportation industry. Along with the ports of Prince Rupert and Vancouver, contributors included Department of Fisheries and Oceans, B.C. Ferries, B.C. Chamber of Shipping, Shipping Federation of Canada, Pacific Pilotage Authority, B.C. Coast Pilots, ROMM (Réseau D’Observation De Mammifères Marins) and Cruise Lines International Association.

“We are very proud of the collaborative efforts that have led to the development of this guide. We also believe that the guide aligns well with the government’s recently announced Oceans Protection Plan, as it relates to preserving and restoring Canada’s marine ecosystems,” said Duncan Wilson, vice president, Corporate Social Responsibility at the Vancouver Fraser Port Authority.

“The creation of the Mariner’s Guide is another vital component of our comprehensive approach to sustainability,” said Jason Scherr, manager of Environmental Sustainability for the Port of Prince Rupert. “The health of the ocean is integral to our success as a gateway for maritime trade. Close teamwork by partners that share this perspective helped make this project a success, and lays the foundation for future, similarly positive, initiatives.”

The guide has been distributed to commercial vessel captains, coastal pilots, B.C. Ferries and other professional mariners.