Following a vehement opposition from ITF and several other maritime unions, Swiss-based Allseas Group SA has decided to change the name of the world’s largest offshore vessel – Pieter Schelte, named after Allseas’ founder Edward Heerema’s father, who had been in the German army for a period during World War II. 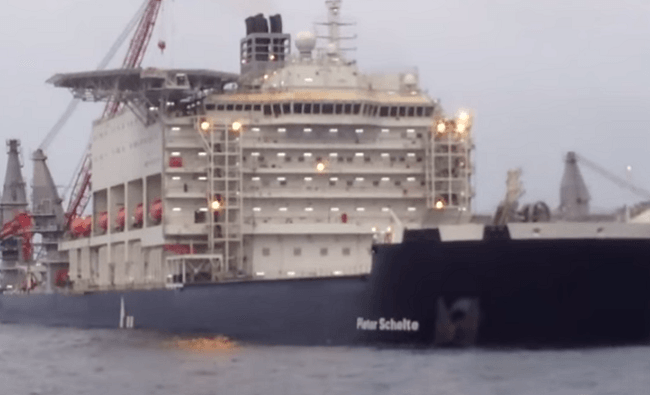 While demanding Allseas to change the name of the vessel, ITF general secretary Steve Cotton has commented: “It is almost unthinkable that Allseas would have a vessel honouring a senior Nazi war criminal operating in European waters. It is nothing short of a grave insult. The Pieter Schelte should not be permitted to operate until it changes its name.”

In a statement, Edward Heerema, President of the Allseas Group, announced that the name of the vessel Pieter Schelte will be changed. It has never been the intention to offend anyone.

With a length of 382 metres and a phenomenal width of 124 metres, this is the biggest ship in the world. The main area of focus of the vessel is the removal (in accordance with OSPAR ’98 regulations) of large steel jacket-based platforms in hostile areas such as the North Sea, but also more benign parts of the world.

The Biggest Vessel In The World Arrives in Rotterdam