Viking Ocean Cruises has chalked up its first visit to the port of Kiel. Escorted by a port tug and to the accompaniment of a water fountain display, the company’s “Viking Sun” berthed at the Ostseekai Cruise Terminal after arriving early Tuesday morning July 3rd. 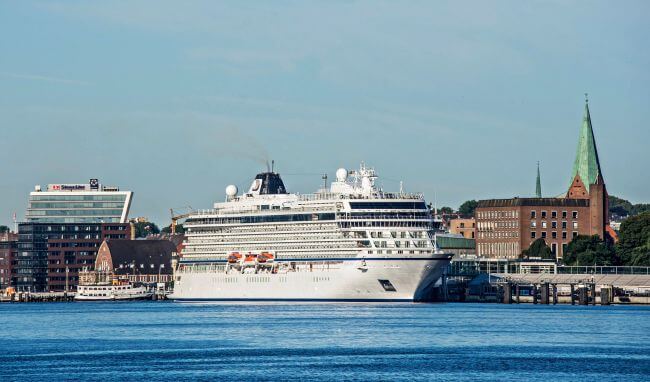 During an on-board reception, the Managing Director of the PORT OF KIEL Dr Dirk Claus welcomed Captain Olav Soevdsnes and presented him with the traditional commemorative plaque awarded by the Schleswig-Holstein federal state capital to ships visiting the port for the first time.

“It is an honour that Viking Ocean Cruises has included our port in its route planning for the first time”, the port chief said. The 47,800 GT “Viking Sun”, which is 227 m long and has 465 cabins, was taken into service in 2017 and named in Shanghai in March this year. 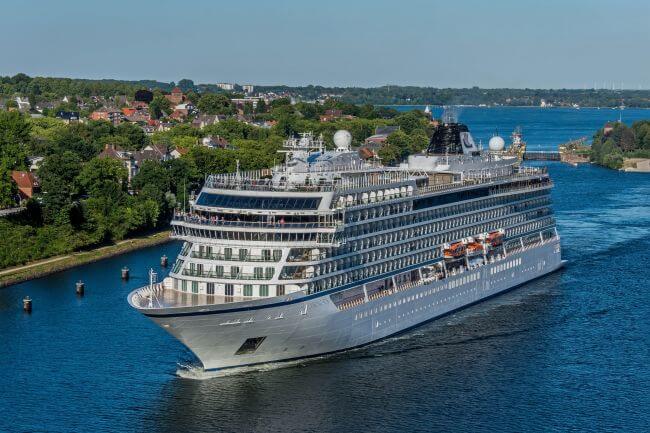 The ship is on an eleven-day Scandinavian cruise which began on June 27th in the Danish capital Copenhagen. After first calling at Gothenburg, Oslo and Skagen, the ship reached the Kiel Fiord via Fredericia. After spending a day in Kiel the “Viking Sun” is going to head for the locks at Kiel-Holtenau prior to passing through the Kiel Canal overnight. Her cruise end destination is Amsterdam.

“The federal state capital Kiel has much to recommend itself to international visitors”, said Dirk Claus, “and is the stepping-off point for day excursions throughout the whole of Schleswig-Holstein.” Offers open in this instance to the passengers of the “Viking Sun” range from city tours in Kiel and the historic Hanse city of Lübeck, through trips to the local scenic area known as Holstein Switzerland with stops in Eutin and Gut Panker, to visits to the seaside spa resort of Laboe. 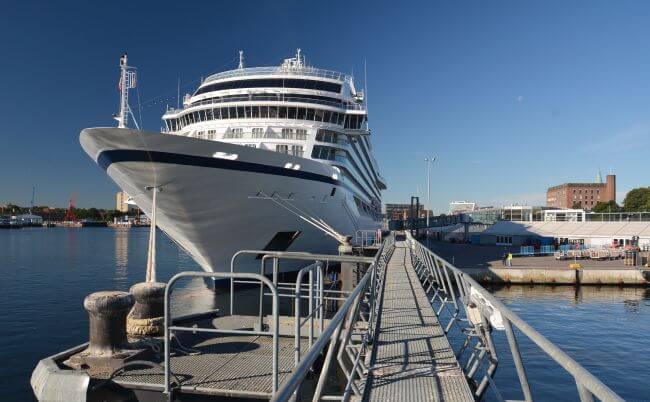 In addition, visitors have the opportunity to explore Kiel on their own because the city centre is right next to the ship’s berth at the Ostseekai Terminal. “Schleswig-Holstein as a tourist destination is being taken ever more seriously by the international shipping companies”, says Dirk Claus. “The port of Kiel will continue to grow in this sector, offering not only its nautical advantages and its modern terminal facilities but also proximity to points of interest for tourists.” 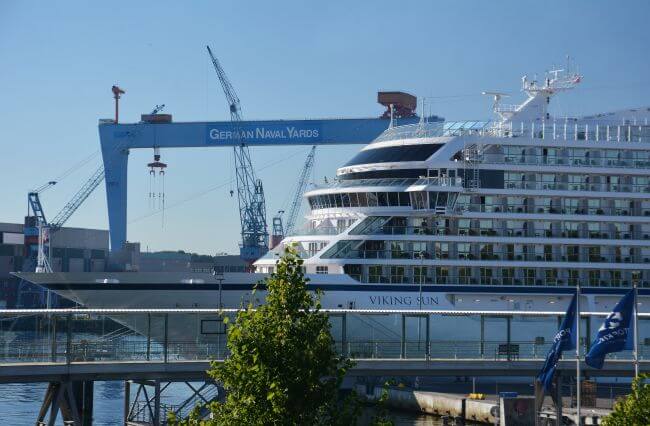 Viking Ocean Cruises, along with the Spanish Pullmantur Cruises, is the second new customer calling at Kiel this year for the very first time. In addition to “Viking Sun”, Kiel expects the company’s “Viking Sky” to make her maiden call towards the end of the season on October 2nd.

The SEEHAFEN KIEL GmbH & Co. KG operates Kiel’s commercial port on behalf of the federal state capital Kiel, of which it is a 100% subsidiary. A total of three modern passenger terminals are available in close proximity to the city centre at Ostseekai, Norwegenkai and Schwedenkai. 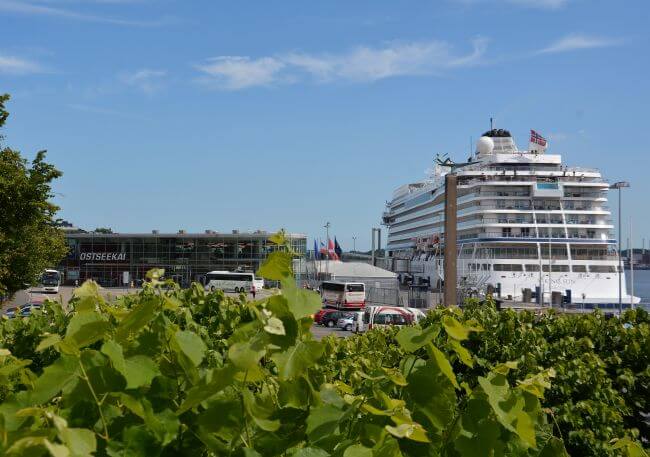 In addition, cruise ships can tie up at Berth 1 in the Ostuferhafen. During the 2018 season Kiel expects 165 visits by 32 different cruise ships. By the end of the season, it is expected that some 600,000 cruise ship passengers will have embarked on or disembarked from cruise ships.