Admiral Mohab Mamessh, Chairman of the Suez Canal Authority, and Chairman of Suez Canal Economic Zone, stated on Thursday that the Suez Canal witnessed the passage of the oil floating Storage vessel / FIRENZE FPSO reared towed by five SCA tugs. The vessel’s trip was within the southbound convoy as she was heading from Italy to Dubai, through the new Suez Canal where special navigational aids are provided and where the route is clear of severe curves, the matter that facilitated its towage through the Canal. 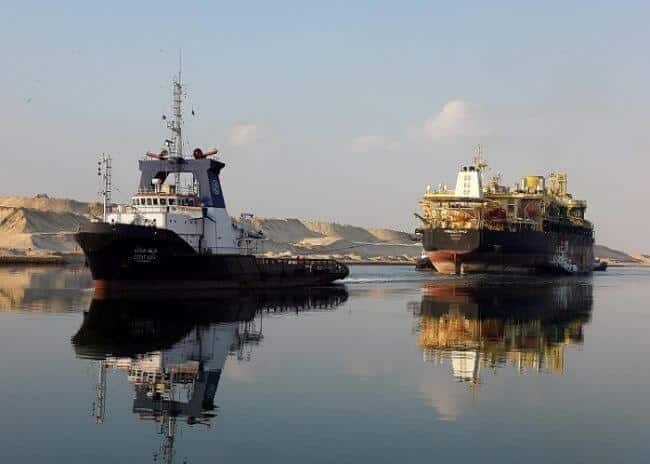 Upon directives from Admiral Mameesh, all measures and arrangements that guarantee the safe and secure passage of the vessel were provided, where 6 highly trained and well-experienced pilots were assigned to her transit, and 5 large tugs were used to tow the vessel from aft, including MT/ Ezzat Adel, the biggest tug in the Middle east; thus the process formed the hardest towage in the new Suez Canal.

Adm. Mameesh reaffirmed the Canal’s readiness for accommodating current and next generations of all types of vessels, which even becomes more feasible after the success of the project of the New Suez Canal that developed and promoted the capacity of the navigational waterway; by increasing dimensions, depths, draughts, of the Canal and lengthening its double by-passes so that the Canal can cope with the new requirements of the revolutionized shipbuilding industry. In addition to maximize benefit of the Canal from the expected boom in world seaborne trade traffic. Adm. Mameesh paid tribute to the SCA pilots and staff of Transit Dept. for their sincere efforts that crowned the transit of the vessel with success. 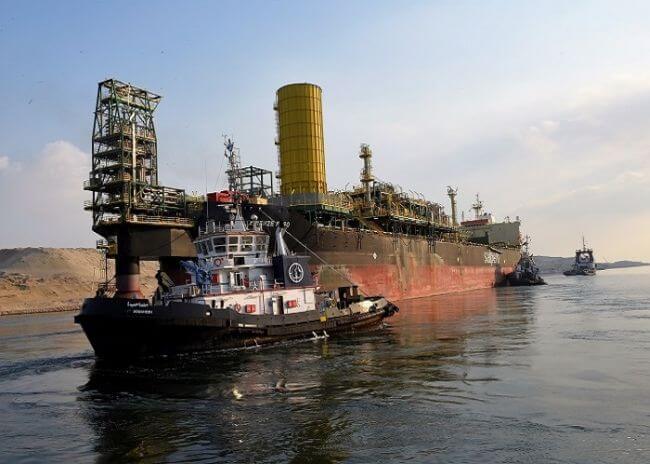 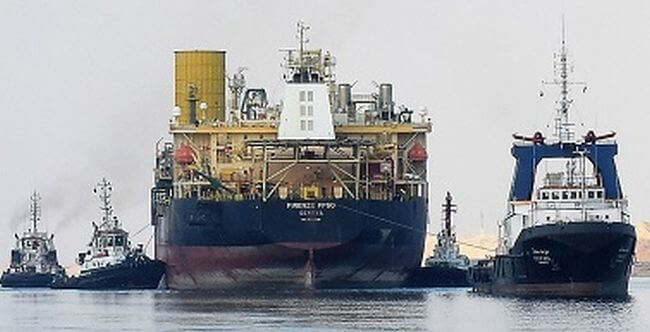 Egypt’s Court Upholds Ever Given Crew Detention, Says Ship Can’t Leave Yet
3 ‘Ever Given’ Crew Members Allowed To Return Home