Six Greenpeace activists have been arrested by the captain of a giant tanker, while peacefully boarding the 185-metre long cargo loaded with palm oil products from Wilmar International, the largest and dirtiest palm oil trader in the world.

The Stolt Tenacity, carrying dirty palm oil from Indonesia to Europe, was safely scaled by Greenpeace International volunteers from Indonesia, Germany, the UK, France, Canada and the US in a peaceful protest against rainforest destruction in Indonesia. The boarding happened near Spain in the Gulf of Cadiz.

Before being detained they unfurled banners reading “Save our Rainforest” and “Drop Dirty Palm Oil”. The captain has been informed via VHF radio of the peaceful and non-violent nature of the protest. However, he has detained the climbers in one of the cargo ship’s cabins. 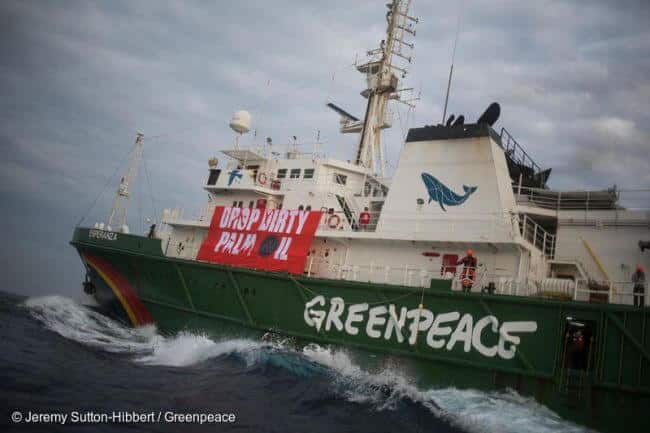 “We have limited radio contact with our volunteers and have called on the ship’s captain to free them so they can continue to peacefully protest against companies like Wilmar that are shipping dirty palm oil from forests destroyers into our supermarkets and homes”, said Hannah Martin, campaigner on board the Greenpeace ship Esperanza. 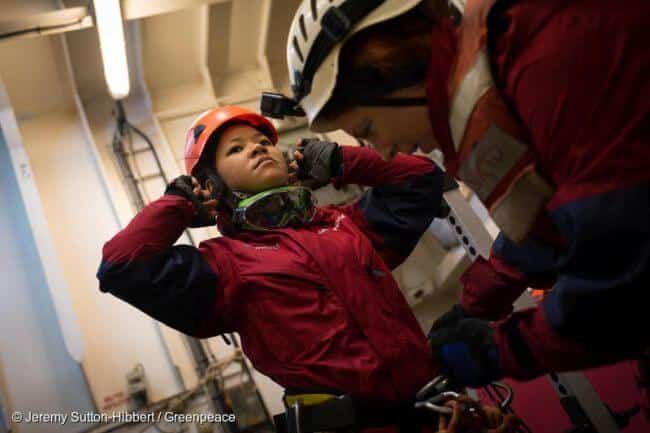 Wilmar is a major supplier to global snack food giant Mondelez, one of the world’s largest buyers of palm oil, which it uses in many of its best-known products, including Oreo cookies, Cadbury chocolate bars, and Ritz crackers. A recent investigation by Greenpeace International found that Mondelez palm oil suppliers have destroyed 70,000 hectares of rainforest across Southeast Asia in two years, as well as evidence of child labour, exploitation of workers, illegal clearance, forest fires and land grabbing. 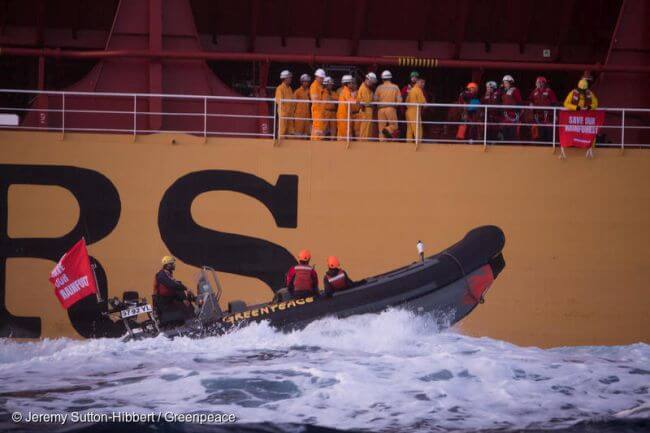 “Palm oil can be produced without trashing our forests. Over one million people around the world are demanding action. Now it’s time for Mondelez, the makers of Oreo cookies, and other brands to listen to their call and cut Wilmar off until it can prove its palm oil is clean”, said Kiki Taufik, Greenpeace spokesperson on board Greenpeace ship Esperanza. 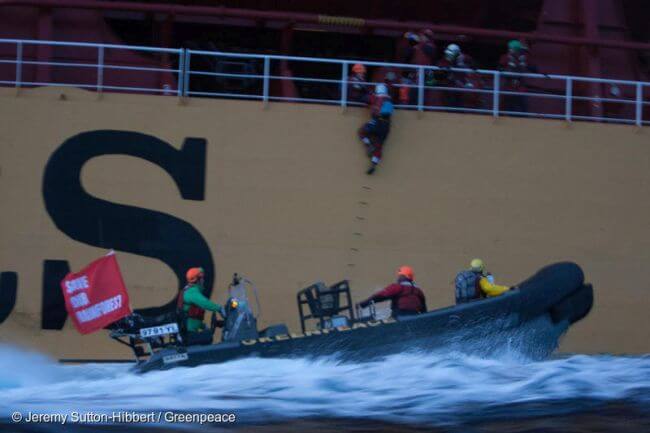 Greenpeace is calling on Mondelez to drop Wilmar until it proves its palm oil comes from producers that are not destroying rainforests or exploiting people.

The cargo ship Stolt Tenacity is carrying palm oil products from one or both of the Wilmar refineries in Dumai, on the Indonesian island of Sumatra. According to Wilmar, these refineries are supplied with palm oil from rainforest destroyers, including Bumitama, Djarum, the Fangiono family and Gama. Other Wilmar facilities supply one or both of the two refineries, including Wilmar’s Multi Nabati Sulawesi refinery, which Greenpeace occupied in September. 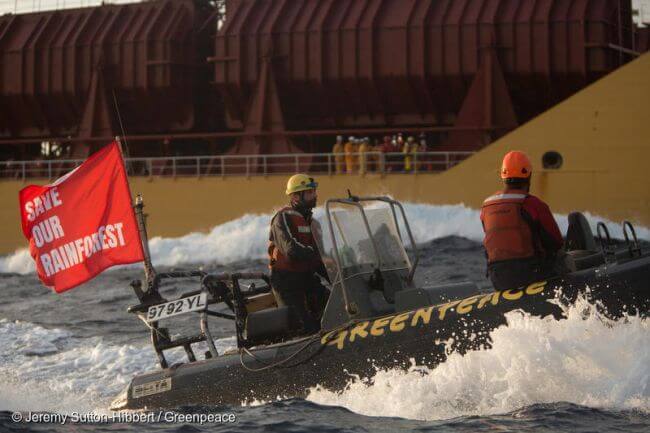 “I’m from Indonesia. I’ve witnessed the devastating impact of deforestation for palm oil and our cities choking with haze as a result of the forest fires. I’m here to send a message to Mondelez that Wilmar’s dirty palm oil is destroying our home and we don’t want it in our supermarkets”, said Waya Maweru, a climber from Sulawesi, Indonesia. 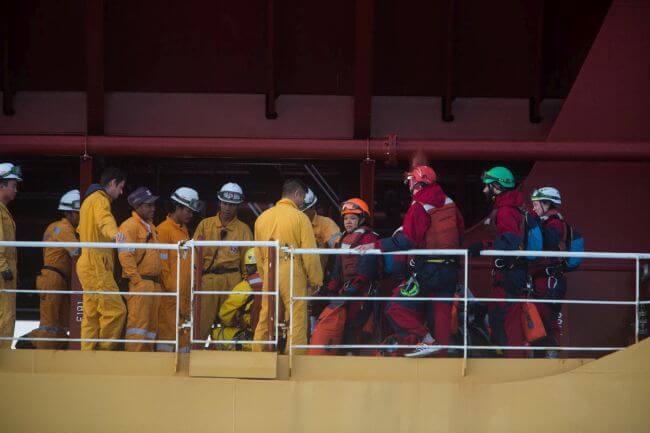 Tropical deforestation produces more greenhouse gas emissions each year than the entire European Union; outranking every country except the USA and China. In October 2018, the Intergovernmental Panel on Climate Change called for an immediate end to deforestation to limit global temperature rises to 1.5°C.