Resolve Marine Group recently completed the complicated wreck removal of the bulk cement carrier MV RAYSUT II, which grounded off the pristine beaches of Al-Fazayah Beach, Salalah. Resolve was chosen for this project because of their plan to refloat her in one piece, limiting environmental damage. Al-Fazayah Beach, Salalah, is a unique vacation spot which is known for the nesting of endangered sea turtles. The partially loaded vessel, RAYSUTT II, departed Port of Salalah in May of last year when the port was evacuated due to adverse weather conditions. The vessel lost headway and steerage and subsequently grounded on Fazayah Beach on 26th May 2018. 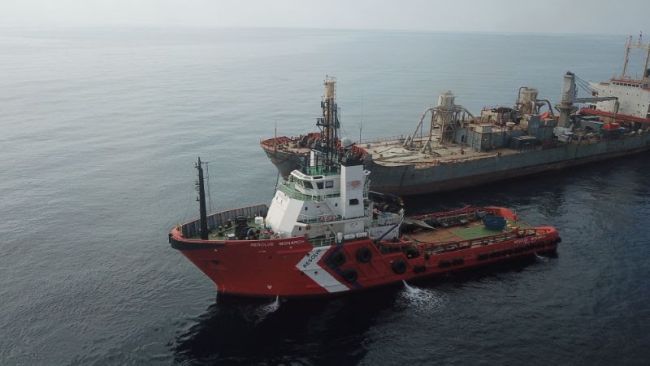 The grounding was devastating to the tourist community and locals as the 5 kilometers long stunning landscape is home to five of the world’s seven species of Sea turtle, four of which nest there – the green turtle, the hawksbill, the loggerhead, and the Olive Ridley.

All of Oman’s turtles have been classified as endangered with the loggerhead turtle facing extinction. Resolve’s goal was to protect the environment and avoid disturbance of the beaches during turtle nesting season.

At the time of the grounding, the vessel was laden with approximately 6,750mt of dry powdered cement. After the initial responder’s failed attempt to refloat during the Monsoon season, she was defueled and declared as a CTL (Constructive Total Loss). 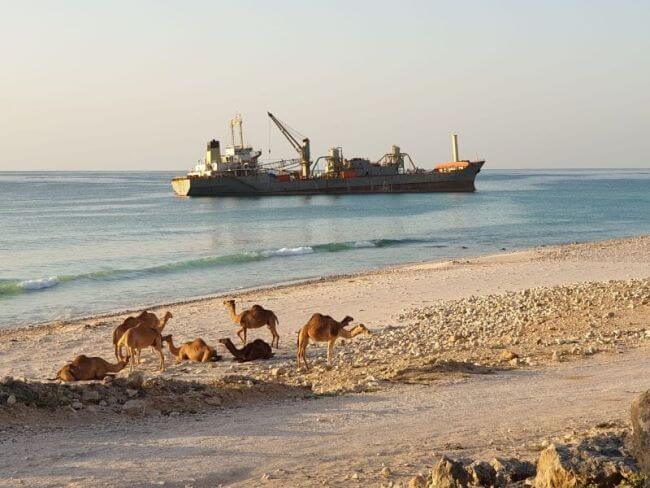 As a result, in November 2018 Resolve Marine Group was awarded the contract for removal and disposal of the vessel and cargo. After being awarded the contract Resolve mobilized their Crane Barge RMG 1000 and Resolve Monarch from Singapore, two of their specialty owned salvage and wreck removal support vessels. 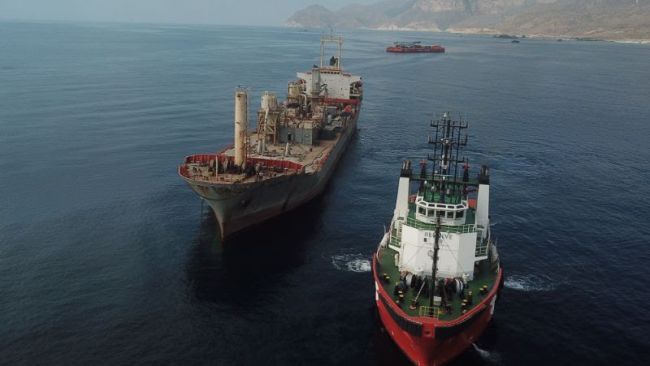 The assets arrived in Salalah early January, and the vessel was successfully patched up and refloated with cargo on board in early February 2019 by the Resolve team. This was determined to be the most environmentally sound method to carry out the operation. The other methods proposed by salvors such as cutting in situ would have posed considerable delays. The Government was averse to the possibility of operations progressing into the next monsoon, season when weather conditions would have made operations more challenging and threatening to the environment.

The vessel was towed by the RESOLVE MONARCH to the port of Salalah, Oman, where the bulk of the cargo was discharged by Resolve. The vessel cement pumping system had to be reactivated and modified so that the cement cargo could be directly discharged into closed road tankers to avoid dust pollution. Special Airlifts were designed by Resolve to discharge the holds where the cargo was partially solidified and could not be pumped directly. 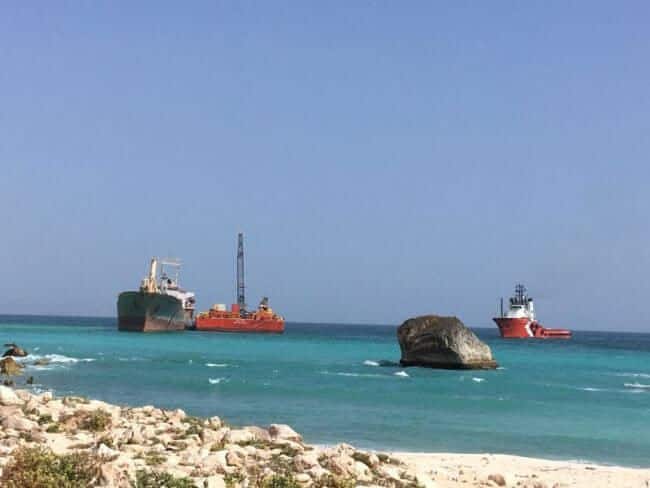 For the Voyage, seven submersible pumps were set up in the engine room and cargo void spaces with automatic start-up activated by a high-level sensor. The feed was sent to the towing vessel RESOLVE MONARCH by wi-fi so that salvors could monitor the status of vessel remotely. This system has been entirely conceptualized and fabricated in-house and onsite.

The vessel was successfully delivered on April 11th and subsequently recycled. The government of Oman was extremely pleased with Resolve and the lack of any damage to their beautiful beaches and endangered species.

10 Amazing Sunken Ships of the World