Starting from September 2nd, passengers on Virtsu-Kuivastu ferry line between Muhu and mainland Estonia is served by TS Laevad, a subsidiary company of Port of Tallinn, ferry Tõll which has been converted into the first hybrid passenger vessel in Estonia. Its batteries allow from now on partial travel on electricity, which reduces the amount of diesel used and minimizes air pollution. 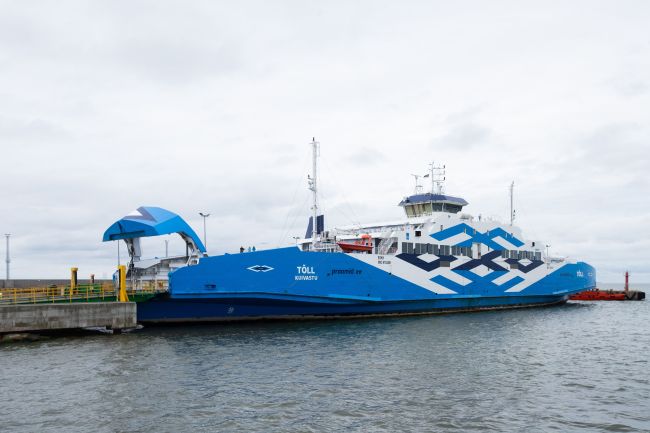 The chairman of the management board of TS Laevad Jaak Kaabel noted that the retrofitting of Tõll is the next step in improving the environmental friendliness of the Estonian ferry sector, to which the company has paid increased attention over the past years. “For several years now, we have been working to completely eliminate the use of fossil fuel on ferries in the Väinameri Sea area and achieve the zero-emission goal. The conversion of Tõll into Estonia’s first hybrid RoPax vessel is an important step towards this direction,” said Jaak Kaabel, adding that if the partially battery-powered solution proves efficient and justified, other new ships of the company will follow suit. 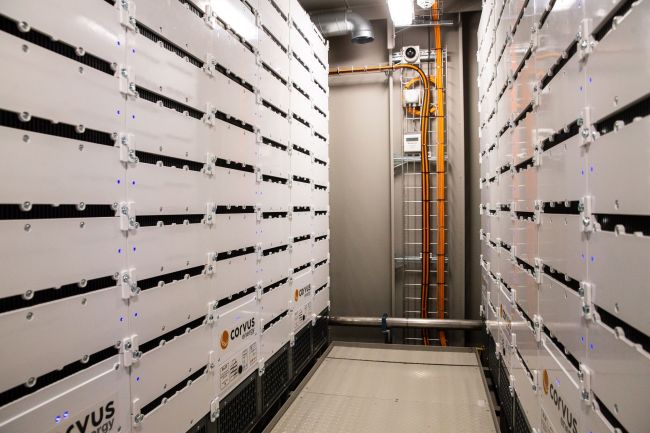 During the reconstruction works, which cost almost 1.6 million euros, TS Laevad installed batteries at Tõll, which will reduce diesel consumption by 20% thus also reducing CO2 emissions by 1600 tons per year. In addition to emissions, underwater noise and vibration levels are also reduced. 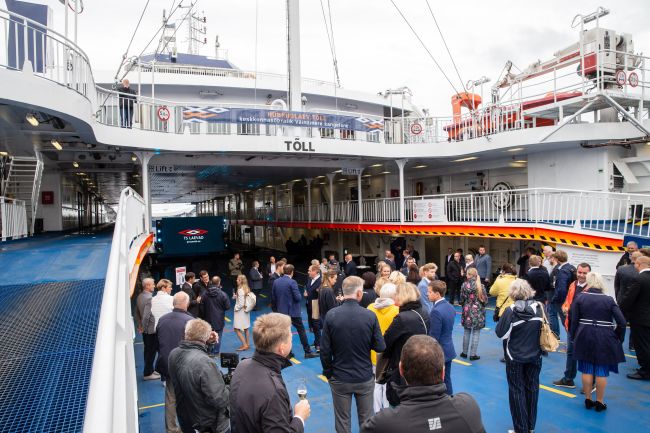 According to the Minister of Economy and Infrastructure Taavi Aas, the entire transportation sector is moving towards achieving the climate goals, and TS Laevad that provides for transport between the mainland and the islands, plays an important part here. “Ambitious climate targets are accelerating the transition to cleaner technologies and solutions. The first hybrid passenger vessel is a development benchmark for all ferry shipping in Estonia,” Aas said. 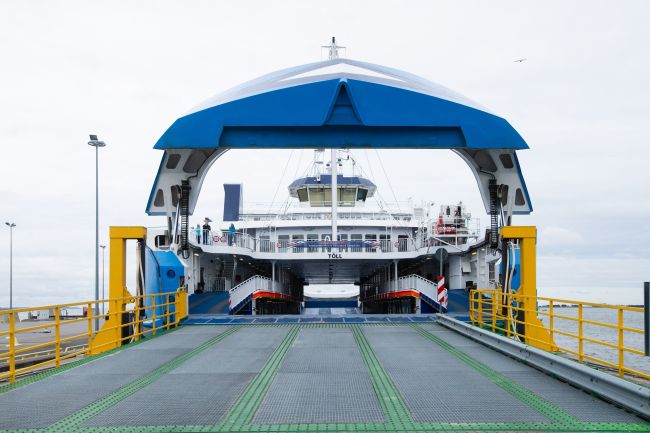 TS Laevad was the first company in Estonia to use a diesel-electric hybrid solution on a ferry that runs with frequent daily departures and manoeuvres, including in the winter months – in sub-zero temperatures. Previously, the battery technology anywhere in the world has not been used on such a large passenger ferry operating in such ice conditions in winter.

The retrofitting of Tõll began in 2019. The construction work was carried out by Baltic Workboats acting as a general contractor, the batteries were supplied by Corvus Energy, the electrical and automatic equipment by Norwegian Electric Systems, and the peak-shaving hybrid solution was designed by LMG Marin.