The cargo ship BigLift Barentsz sails past historic River Street to the Port of Savannah with three new Neo-Panamax ship-to-shore cranes on Tuesday, March 10, 2020. When fully assembled, the cranes will stand 295 tall, with booms reaching 22 containers across.

The Port of Savannah received three Neo-Panamax ship-to-shore cranes on Tuesday, bringing its total to 36, more than any other single terminal in North America.

“Along with dock improvements at Garden City Terminal, our growing crane fleet will allow Savannah to serve four 14,000-TEU vessels simultaneously by 2023,” said Georgia Ports Authority Executive Director Griff Lynch. “We’re already moving containers from vessel to rail in 24 hours, and these investments will help to ensure cargo fluidity as our business grows.” 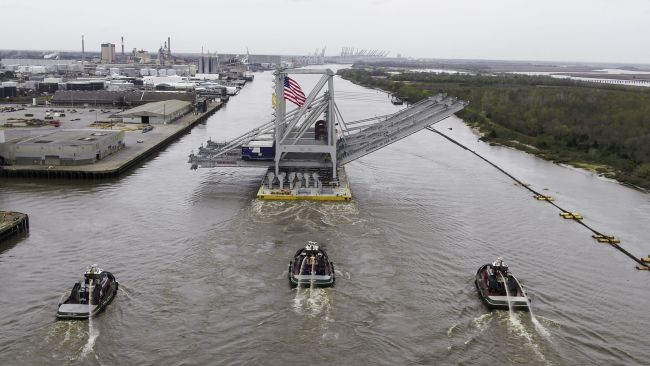 The new cranes, designed by Konecranes of Finland, will immediately undergo a commissioning process. The first new crane will go into service in approximately 12 weeks, and all three will be loading and unloading vessels by the end of June.

“The decision to invest in these cranes was made two and a half years ago to meet growing cargo demands,” said GPA Board Chairman Will McKnight. “By adding new capacity on our docks, Savannah’s position as the Southeast’s cargo hub will continue to attract new customers, additional market share and new opportunities for growth.” 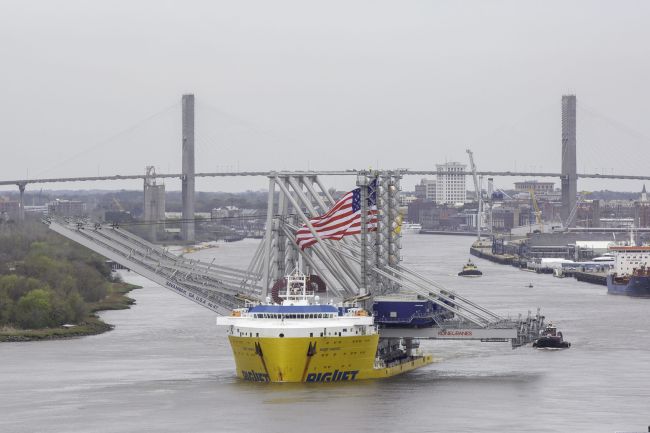 In December 2019, three additional cranes arrived in Savannah. Among the largest working the nation’s ports today, the new cranes tower 295 feet above the docks when fully raised and assembled.

Of the cranes that arrived in December, the first is already in use. The second crane is in its final commissioning phase and should be in use in the third week of March. The boom of the third crane was raised last week, and should be in operation by April.