The largest container ship ever to dock at a North American seaport has returned to Southern California. The Benjamin Franklin will officially enter service for the first time on Friday in Long Beach following an inauguration ceremony hosted by French shipping line CMA CGM and attended by elected leaders, port officials and industry executives.

Longshore workers are expected to move about 12,500 cargo containers on and off the Benjamin Franklin before it leaves the Port of Long Beach on Feb. 24. The figure is two-and-a-half times the world-leading 5,000 containers that Long Beach terminals move during the call of an average-size vessel. 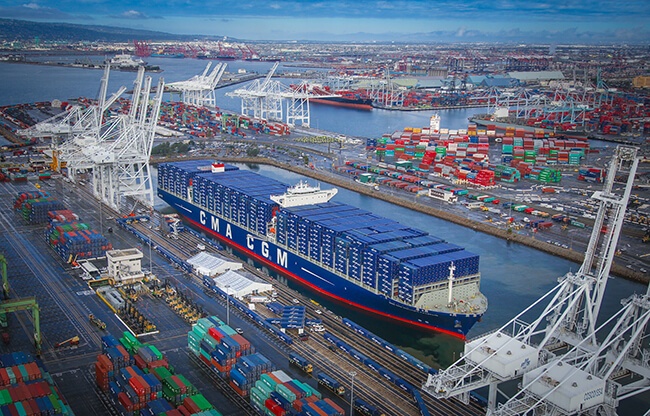 “There’s a reason the Port of Long Beach has been named this continent’s best seaport by our business partners in Asia,” said Mayor Robert Garcia. “It’s an honor that demonstrates the respect our Port and our workers have earned globally.” 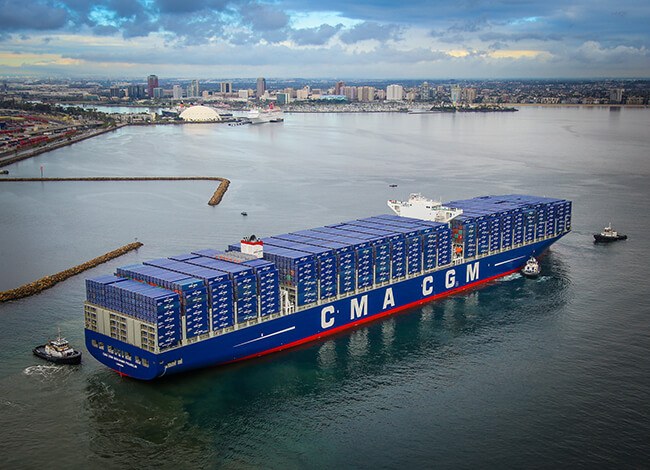 The $1.3 billion Middle Harbor terminal will be the most technologically advanced in the Western Hemisphere. As a nearly all-electric, near zero emissions terminal, Long Beach’s Middle Harbor facility is a green, highly productive model for the worldwide shipping industry. Once it is fully completed in 2020, Middle Harbor will be able to move 3.3 million TEUs a year, and handle 24,000-TEU ships.

The project is part of an ongoing $4 billion capital program to modernize facilities at the Port of Long Beach to bring long-term, environmentally sustainable growth. 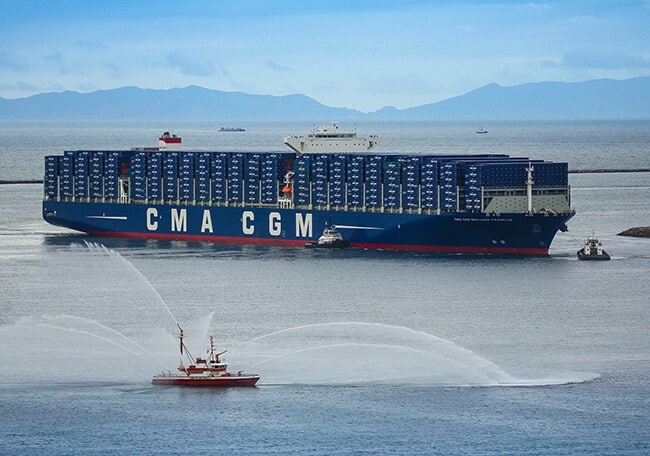 “The Port of Long Beach is the most direct route from Asia to U.S. markets,” said Port of Long Beach CEO Jon Slangerup. “We are strengthening our value proposition by working with all of our customers and stakeholders to optimize the speed and efficiency of our marine supply chain as we continue building the Port of the Future.”

CMA CGM, the world’s third-largest shipping company, was established in 1978 by founder and Chairman Jacques R. Saadé. Based in Marseilles, France, the company transports 13 million container units each year with a fleet of 470 vessels to 400 ports across the globe.