The new cruise ship for British P&O Cruises, Iona, will probably leave Papenburg on Wednesday, March 18, 2020, to be conveyed on the river Ems to Eemshaven (NL). 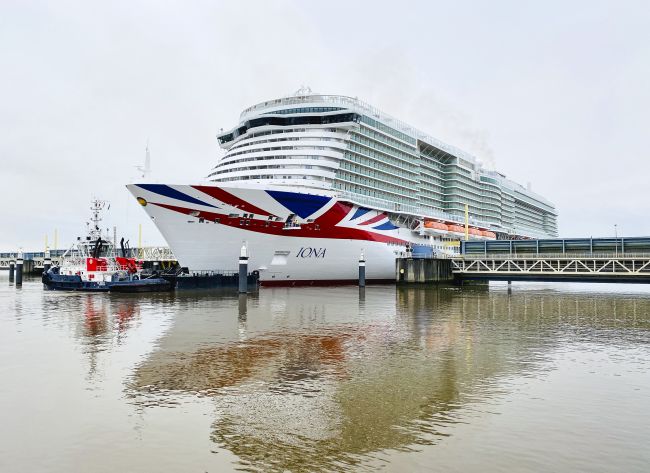 The ship is planned to arrive in Eemshaven on Thursday evening. Later on the ship will go through several days of technical and nautical sea trials on the North Sea.

The Ems barrier will be helping Iona to pass through the river Ems, a procedure which will be kept as short as possible. 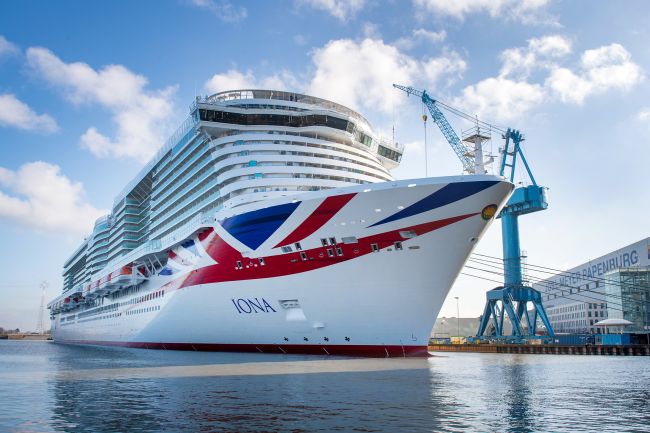 Once again, a team of river pilots from Emden will be responsible for manoeuvring the ship to Emden. The pilots on the river Ems also looked after the MEYER WERFT ships during their passage to the North Sea in previous years. 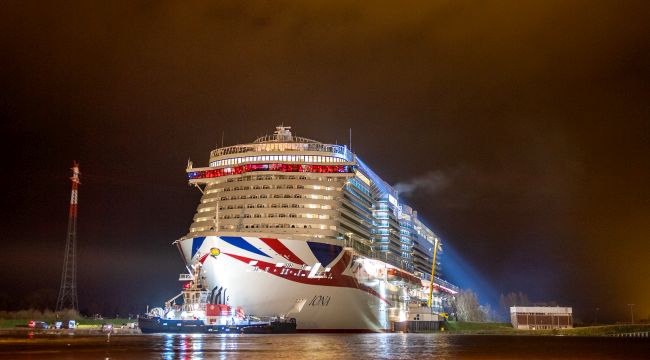 The whole team trained the conveyance at the computerised simulator in Wageningen (Netherlands) to be better prepared for the task. 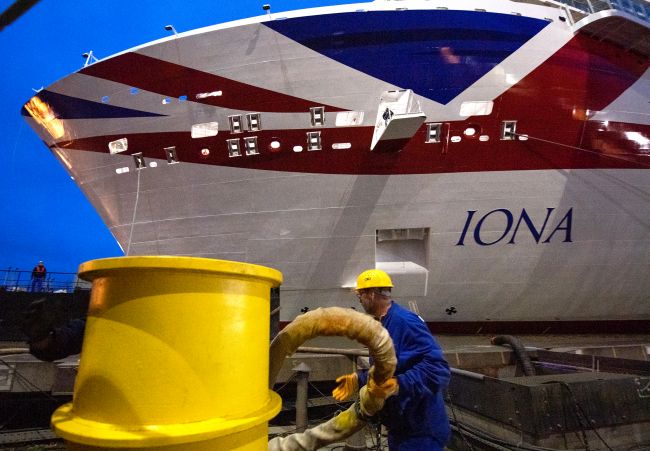 Iona will proceed in reverse up the river Ems to the North Sea. 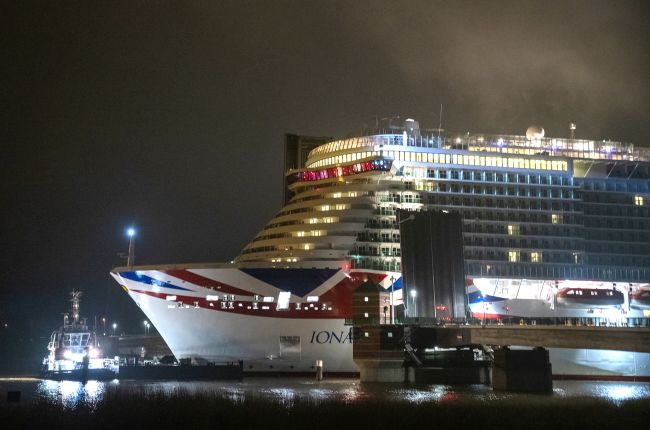 This approach has prov-en successful in the past as it makes it easier to manoeuvre the ship. Two tugs will be providing assistance in the process.