MSC Cruises christens MSC Grandiosa, its newest, most environmentally-advanced flagship, in the city of Hamburg on the fourth and final night of celebrations in the Blue Port.

Part of the cruise line’s largest and longest christening event ever, this part of MSC Grandiosa’s series of celebrations which span 27 days, 8 countries and 11 ports and will engage over 14,000 travel agents from around the world.

Following on from the Christening, MSC Grandiosa will embark on a grand tour, visiting Southampton, UK, Lisbon, Portugal, Barcelona, Spain, Marseille France and Genoa, Italy, before commencing her usual 7-night cruises on 23 November. 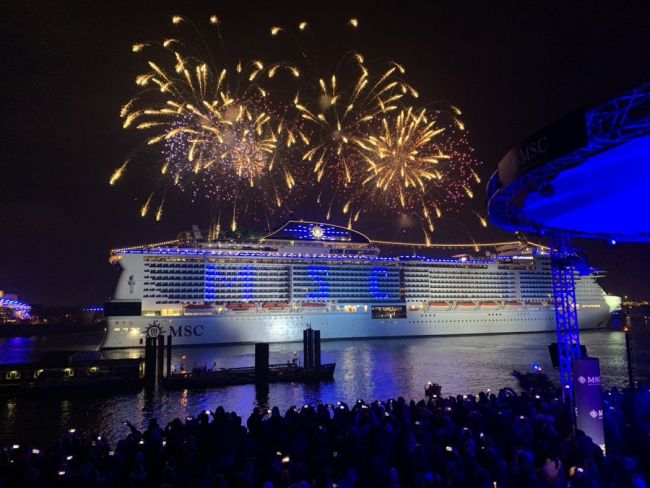 It’s an extraordinary welcome for an extraordinary ship. Designed to ensure even cleaner air emissions and improved overall environmental performance both at sea and ashore, MSC Grandiosa is equipped with advanced cutting-edge technologies and sets a new standard for sustainability at sea.

On board, guests of all ages and interests will find something exciting waiting, including:

Since arriving in Hamburg on 6th November, MSC Grandiosa has been the subject and star of an immersive lightshow at the German city’s Blue Port. Spectacular light installations by renowned artist Michael Batz have bathed the port in shades of blue reminiscent of the sea to symbolise MSC Cruises’ long-standing commitment to the ocean, and MSC Grandiosa’s striking silhouette can be seen shimmering alongside the famous Elbphilharmonie on Hamburg’s Elbe river. 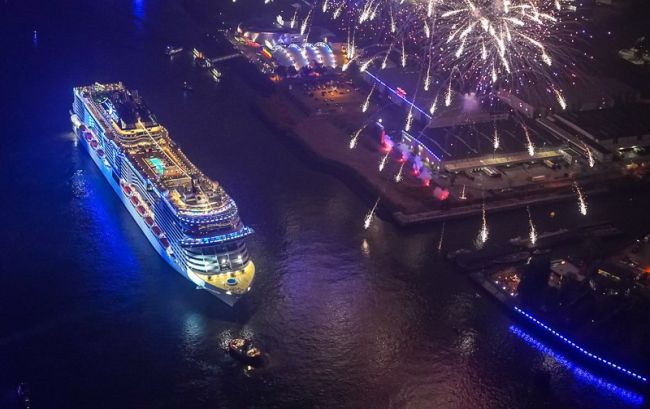 The traditional Christening ceremony will take place in different locations across the ship, and the proceedings will be hosted by talented actress, TV presenter, model and singer, Michelle Hunziker alongside co-host TV host & actor Jochen Schropp, one of Germany’s favourite entertainers.

The festivities don’t stop there – a purpose-built “MSC Village” on the banks of the River Elbe will bring the festivities to shore, welcoming 5,000 locals to experience the christening from land with live music and food trucks. Guests be joined by the popular German TV couple Annemarie & Wayne Carpendale who will act as presenters and hosts.

The evening’s main spectacle will occur as MSC Grandiosa passes the Elbphilharmonie just as a special lightshow illuminates the building and ship. She’ll then take centre stage on the River Elbe as Godmother Sophia Loren officially names her 15th MSC Cruises ship, followed by a celebratory firework display. MSC Grandiosa will then pass through a spectacular gateway of blue night returning to her dock, symbolising the new ship’s entry to the world.

Guests onboard will then enjoy a gourmet four course menu created by renowned 3 Michelin starred German chef Harald Wohlfahrt at the Gala Dinner. The menu for guests will start with Chilled king crab salad with crustacean coulis and imperial caviar or Guinea fowl napoleon with apple-ginger quenelle, Riesling gelée and brioche. 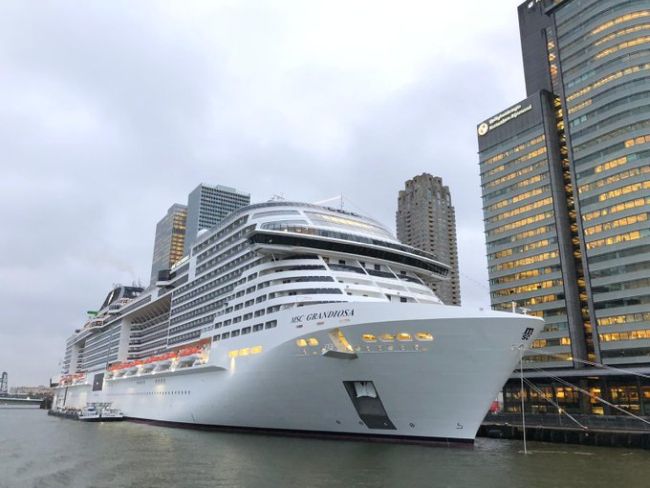 Next up will be the traditional German dish, “Maultasche” – pasta filled with winter truffles and pistou sauce. The main dish will Oven-roasted turbot in a saffron-mussel fumet and vegetable mélange or Duo of veal tenderloin and braised cheek, tender savoy cabbage, glazed carrot and roasted herb jus. Finishing off the gourmet feast, guests can choose a Pistachio parfait with orange granité and exotic fruit cocktail or Chocolate tart with caramelised pears and vanilla-mascarpone ice cream.

Guests will then dance into the night in the Galleria Grandiosa, the ship’s iconic 93-metre-long Mediterranean promenade where popular German DJ Mousse T. and from British singer Emma Lanford will perform.