As part of its roundtrip itinerary, the Caribbean Princess did a turnaround transit through Agua Clara Locks on the Atlantic side. The cruise began its roundtrip 10-night itinerary from Ft. Lauderdale, Florida, passing through the Bahamas, Cartagena (Colombia), Cristobal (Panama), Limon (Costa Rica) and the Cayman Islands with 3,086 passengers on board.

The Caribbean Princess was built in 2004 and has a maximum capacity of 3,600 passengers. It is a modified Grand Class cruise ship with 900 balcony staterooms, a deck of mini-suites, and the first outdoor theater on a modern cruise ship. 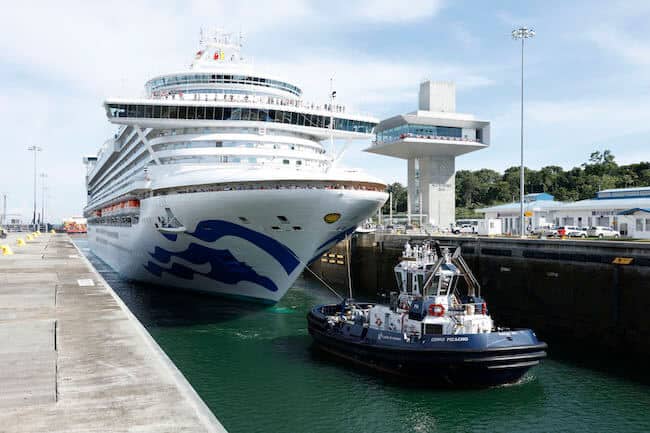 The Panama Canal expects to receive approximately 236 cruise ships through the Panamax and Neopanamax Locks during the upcoming 2017-2018 cruise season, which officially began on October 2, 2017. 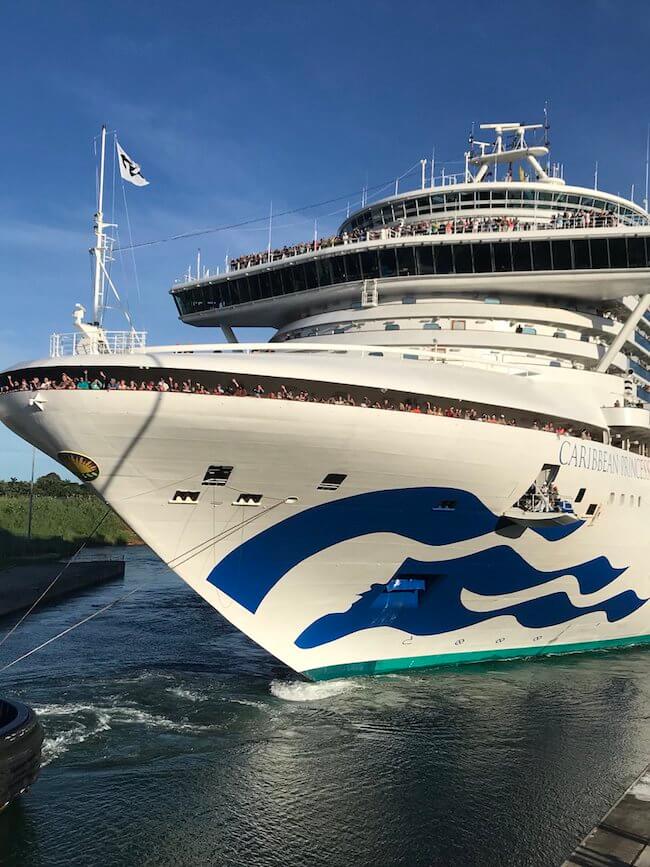 In April 2017, Disney Cruise Line’s Disney Wonder became the first cruise ship to transit the Expanded Canal. This season, the ship will transit the Canal again along with the Caribbean Princess, Carnival Freedom, Carnival Splendor and Norwegian Bliss. 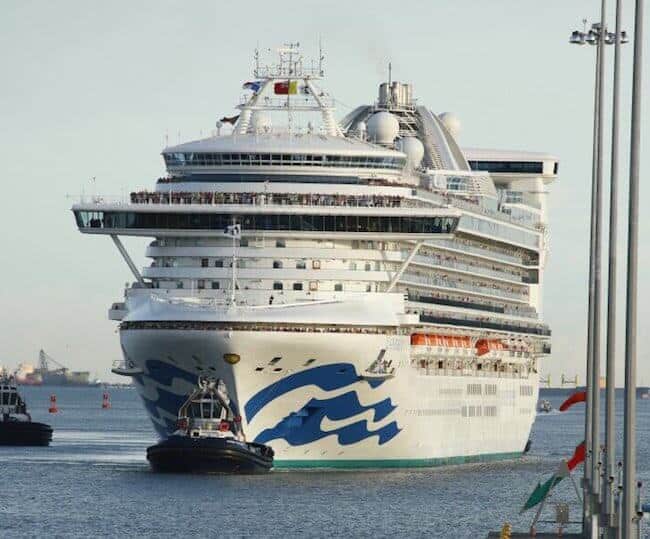 Together, the five ships will make a total of 20 transits, and 11 new cruise ships will transit either the Canal’s Panamax or Neopanamax Locks for the first time from the following lines: Princess Cruise, Norwegian Cruise, Carnival Cruises, Silversea Cruises, Viking Ocean Cruises, Lindblad Special Expedition and CMA CGM. 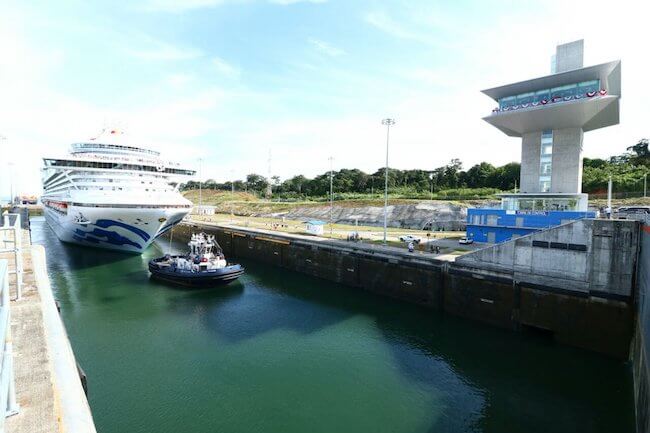 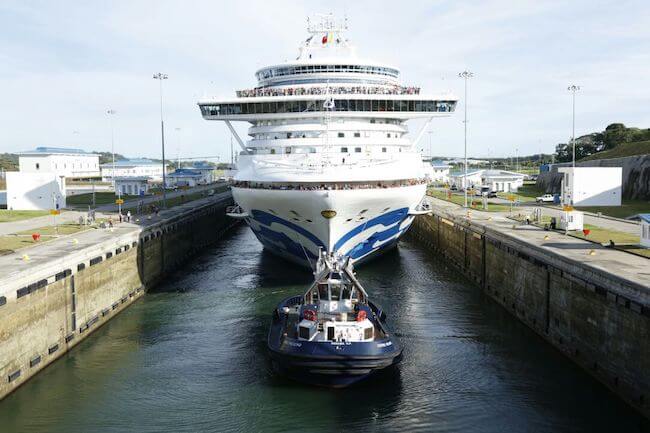 Today, the passenger ship, Celebrity Infinity is transiting the #PanamaCanal. The cruise is traveling from Chile to Florida @CelebrityCruise pic.twitter.com/s4hN57m5Pi