Damen Shiprepair Dunkerque is assisting DFDS Seaways, northern Europe’s largest shipping and logistics company, in a major refit and rebranding programme, with five vessels successfully completed so far. Two more ferries are currently at the Dunkirk-based repair yard, which is the closest facility to the main cross-channel ferry routes.

Three of DFDS’ ‘D-Class’ ferries – the Dover Seaways, Dunkerque Seaways and Delft Seaways – were upgraded in just three weeks. These vessels operate on the Dover-Dunkirk route.

Next to the normal dry docking work scope, Damen Shiprepair Dunkerque carried out extensive work and overhauled the propulsion, stern and bow thrusters, rudders, engines and repainted the vessels with the company’s new livery, requiring an impressive 11,000 sq m of paint per ferry. The Dunkerque Seaways’ bow doors were also rehung and the Kongsberg Power Management and Control System were upgraded with the latest hardware and software. 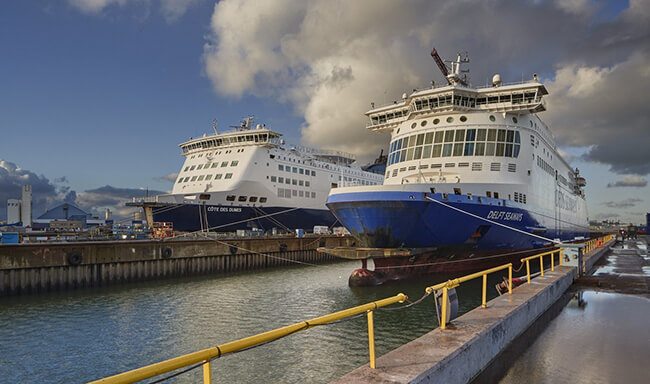 As well as the three D Class ferries, DFDS had acquired two ferries from a former cross-channel operator – the Côte des Flandres and the Côte des Dunes – and these underwent a similar refit. The two new vessels, which left the yard in February, joined the Dover-Calais service. 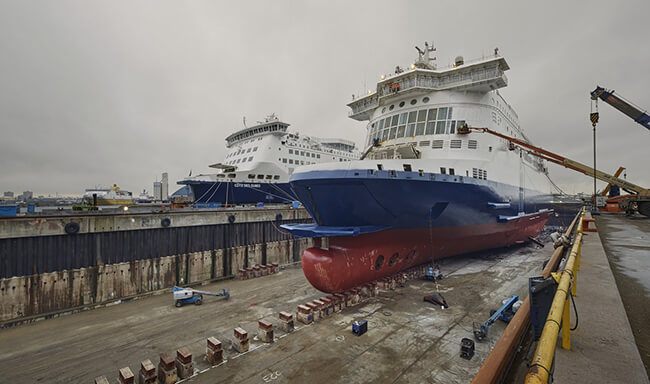 Nigel Cureton DFDS A/S Fleet Group Manager Channel, says: “We mainly chose to go to Damen Shiprepair Dunkerque for this extensive refit programme because of its large drydock, which is very suitable given the amount of paintwork involved in this project and when there is a tight schedule. And because this shipyard is closest to the cross-channel routes, this gives us flexibility should we encounter delays. However, there were no delays and all five vessels were delivered on time and on schedule.”

Bob Derks, Damen Shiprepair Dunkerque Managing Director, comments: “There was a lot of competition for this major refit project. I think DFDS Seaways appreciate the efforts and investments we’ve made at our facility and we are continuously making improvements.” 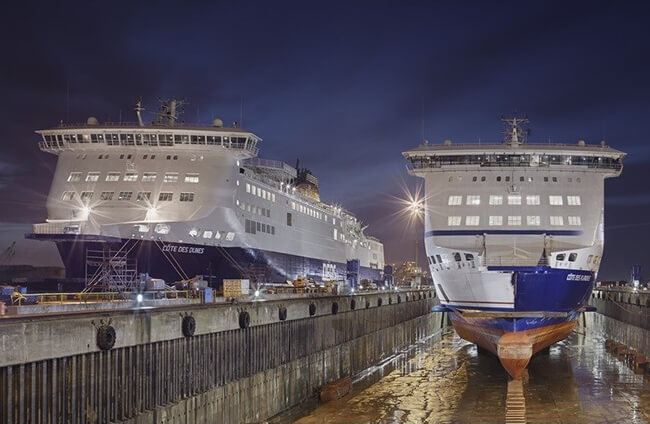 The five-vessel refit was completed in a very tight time schedule and Damen formed a joint project team with the owner, overseeing everything from safety to logistics, as well as working closely with Trimline, the company that carried out the interior refurbishment.

Two more DFDS ferries are now at the yard – the Calais Seaways and Malo Seaways. Damen Shiprepair Dunkerque typically employs around 150 people but when the DFDS ferries came into the facility the workforce tripled so it could ensure that the ferries entered service again as quickly as possible. 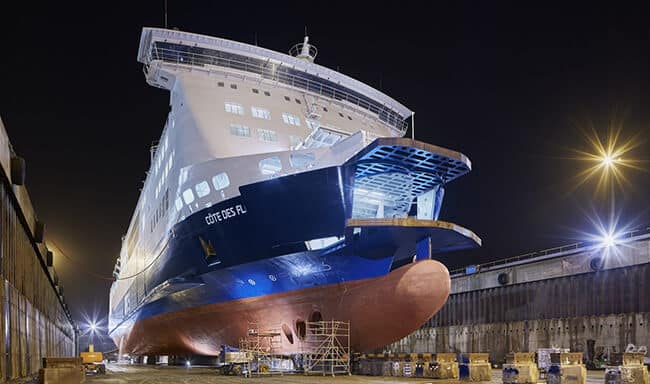 Mr Derks adds that because the yard handled the vessels in short succession, the project benefited from having a dedicated team in place, which knows the vessels well. “This provided continuity and enabled us to improve processes to get the project handled as efficiently as possible.”

With the addition of the two new ferries, DFDS increased its fleet to six ships on the Dover-France routes, offering a combined daily frequency of up to 54 sailings.