The construction of the next-generation cable laying vessel, the ‘Nexans Aurora’, is well underway at Ulstein Verft. In such a complex newbuild project, several tasks are carried out at the same time. On 10 September 2020, the cable capstan was installed during a short break in the ongoing paint process. 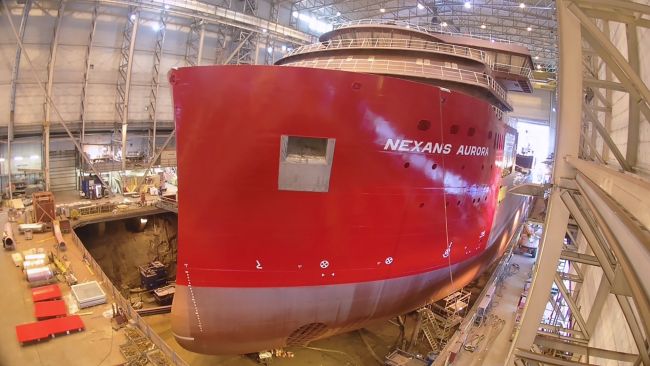 During a time span of a few days in September 2020, the cable capstan has been installed, the paint process is ongoing and the thrusters are about to be installed.

With a length of 149.9m, a beam of 31m and a dead weight of 17,000t, the ‘Nexans Aurora’ is one of the largest vessels being constructed in the history of Ulstein Verft. 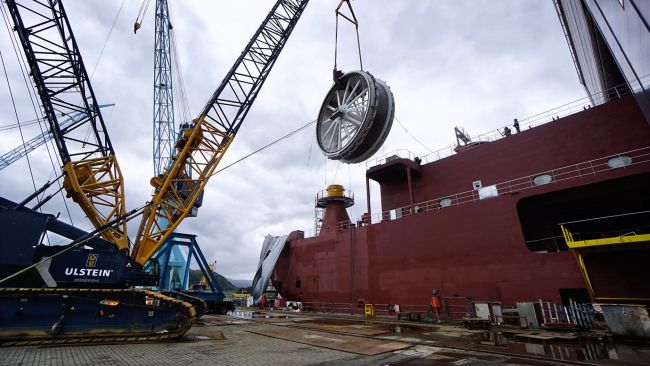 With a large 10 000t capacity and split turntable, the vessel is well prepared for complex construction tasks in severe weather conditions anywhere in the world. Her first assignment will be to install the export cables for the Seagreen offshore wind farm project. 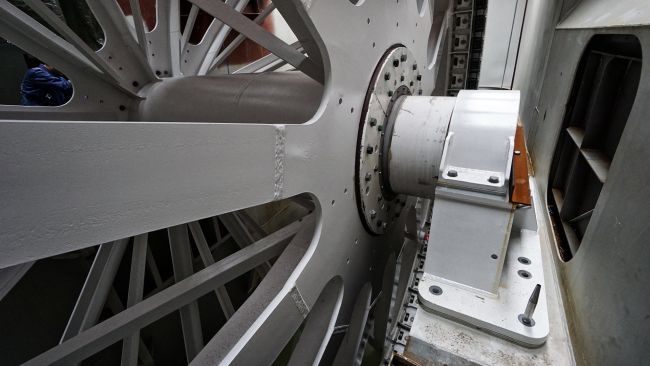 The construction on the 1,075 megawatt (MW) project will start in 2021. When completed, the Seagreen 1 will be Scotland’s largest wind farm. 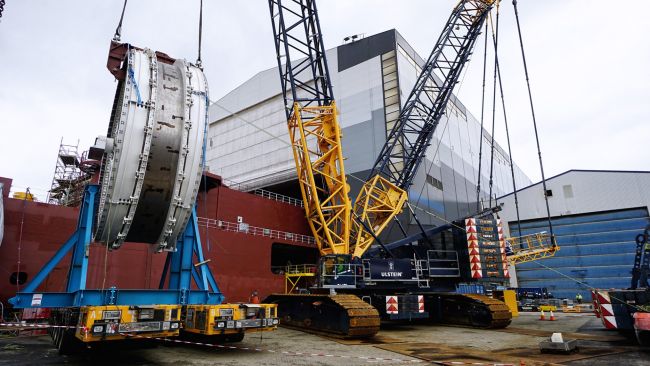 The first major milestone in the construction of Nexans’ new DP3 cable laying vessel, the C/S Aurora, was passed Monday with the cutting of the first steel. 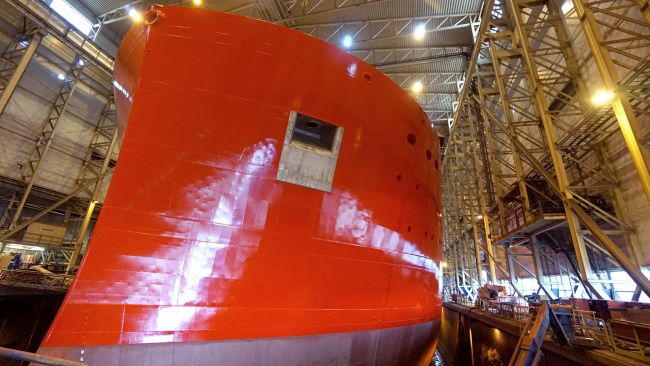 “This is a proud moment for Nexans and an important milestone for the organization. With this modernization we will further strengthen our ability to deliver green power for the future”, said Vincent Dessale, Senior Executive VP Subsea and Land Systems Business Group at Nexans…click to read the full article.