The Panama Canal reached a new milestone with the transit of the Al Safliya ship from Qatargas, the largest liquefied natural gas (LNG) and the first Q-Flex type that has transited the interoceanic route.

The vessel, which measures 315 meters long and 50 meters wide, with a total cargo capacity of 210,000 cubic meters of LNG, transited north from the Pacific to the Atlantic Ocean.

“Today’s transit reaffirms the expanded Canal’s capacity to transform world trade and offer customers the benefits of economies of scale. The Panama Canal team is grateful for the continued confidence in our services and hopes to welcome many more Q-Flex vessels in the future, “said Panama Canal Administrator Jorge L. Quijano. 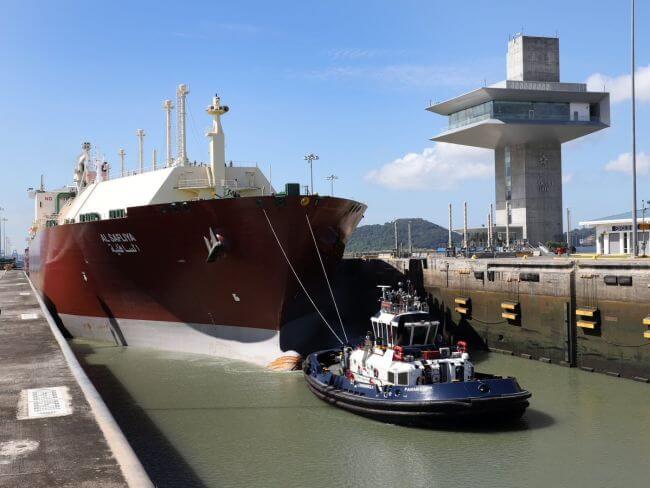 Q-Flex LNG vessels can now transit through the Panama Canal due to the increase in maximum beam allowed for vessels transiting the neopanamax locks.

The maximum permitted beam, implemented in June 2018, is 51.25 meters, compared to the 49 meters previously established, measured on the outer surface of the hull plate of the vessel and all the structures protruding below the walls of the lock. This increase was possible thanks to the efficiency obtained as a result of the continuous investment of the Panama Canal in its operations, as well as the excellence and experience of its employees. 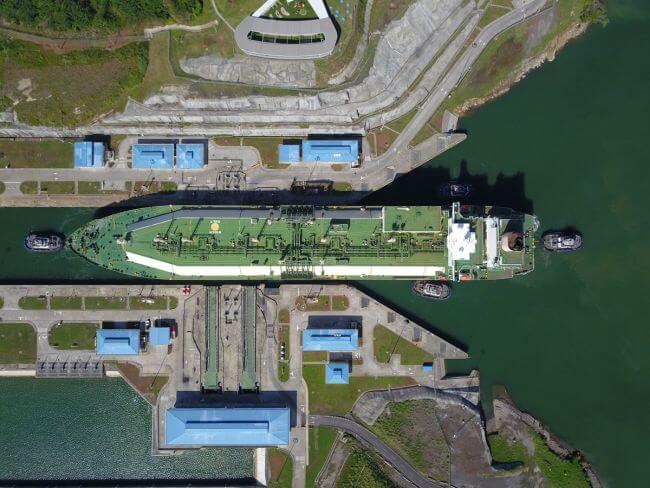 This new milestone also highlights the environmental benefits of the expanded Canal, as it shortens the distance and duration of travel compared to alternative routes. Thanks to the design of the vessel, which allowed the reduction of 40% of emissions in comparison with other gas carriers, both the Panama Canal and Qatargas saved almost 10,000 tons of CO2 emissions, by reducing global emissions.

This achievement comes less than a month after the expanded Canal celebrated its 6,000th transit of Neopanamax vessels, a milestone marked by another LNG vessel, Energy Liberty, on April 23. 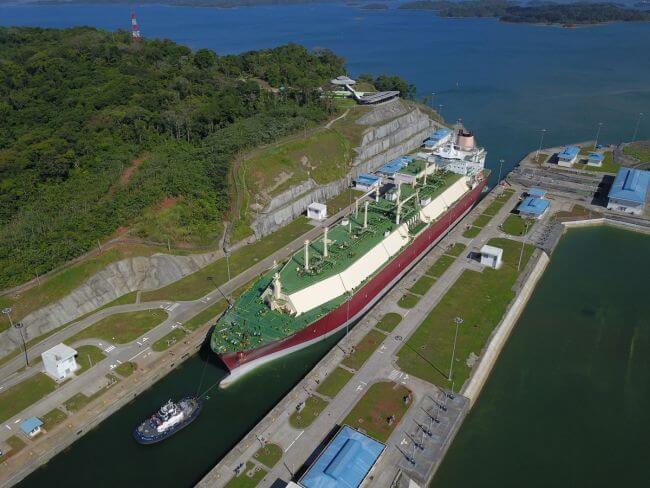