According to a Bureau of Immigration report, the Philippines has processed more than 112000 seafarers for crew changes last year and most of them have already joined their ships.

Jaime Morente, the Commissioner of the Bureau of Immigration has reiterated the bureau’s commitment to crew change. Morente said that the bureau is supporting all government attempts at making the Philippines an international crew change hub. 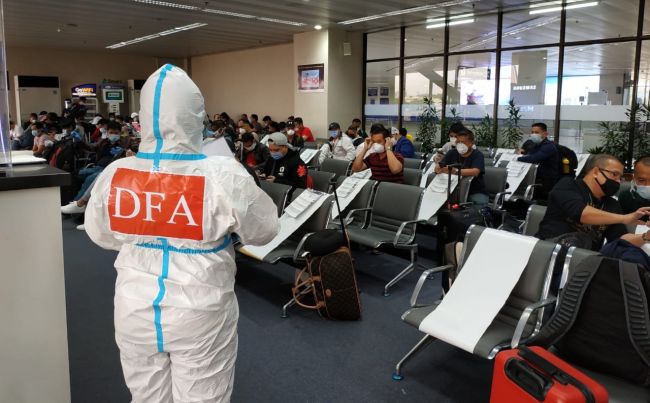 So far six ports are identified as part of the process and immigration officers are stationed in the ports situated in Cebu, Subic, Davao, Batangas, Manila, and Bataan.

“We also welcome the DOTr’s move to establish one-stop shops in these ports which would facilitate crew changes”, Morente added.

The bureau recognizes the hardships and efforts of seafarers.

Alnazib Decampong, the Section Chief of BI revealed that the Bureau has processed the joining of 112,220 seafarers back in 2020. Of these 92,931 are Filipino seafarers while the rest are foreign nationals.

“Crew changes are vital to the international maritime industry as it affords sea vessels the opportunity to refresh their manpower. This is especially vital today amid the COVID-19 pandemic,” said Decampong

The Philippines, the largest supplier of seafarers opened a green lane for crew change for sailors in Asia while crew change restrictions and bans from certain countries remained.

“We assist in the implementation of the green lane for seafarers to ensure that they are accorded speedy and safe travel, subject to the health protocols mandated by the Philippine government,” Decampong added

“Seaport operations are vital for smooth economic exchange, and are vital to reinvigorate the country’s economy despite the ongoing pandemic” said the BI Chief.

Reference: Bureau of Immigration, Republic of the Philippines