The Philippine Coast Guard (PCG) reportedly rescued a cargo vessel from being hijacked off the waters of Zamboanga after a firefight between the maritime security personnel and the suspected pirates.

According to Commander Armand Balilo, the PCG spokesperson, the firefight occurred after the pirates in two speedboats approached the cargo vessel MV OceanKingdom and opened fire at her bridge, Inquirer.net reported. 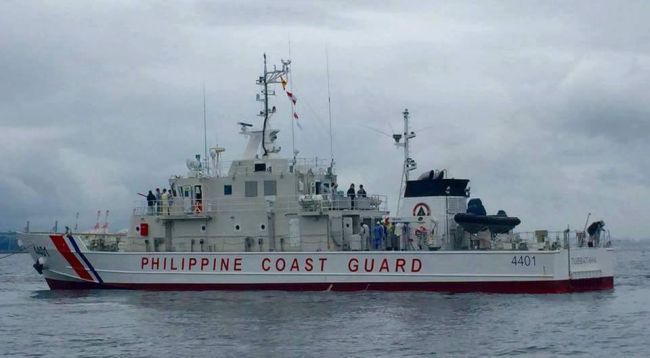 MV OceanKingdom was en route from Zamboanga to the Davao region and the vessel was underway on 25 nautical miles from Sibago Island when it was attacked.

Reports said the crew raised alarm after the pirates started firing and attempted to board the vessel. The Coast Guardarrived at the scene immediately after the alarm, preventing the suspected pirates to board OceanKingdom.

A report from the PCG stated that the Coast Guard Station Zamboanga received radio call from the cargothat they are under attack by unidentified armed men onboard two speed boats at vicinity 25 nautical miles East of Matanal Pt, Sibago Island.

However, the pirates fled away in unknown direction due to the response of Coast Guard and no casualties were reported.

The latest attack was reportedly the second attack on a merchant vessel near Basilan in the last two months. In November, six Vietnamese crewmemberswere abducted by pirates after the freighter Royal 16 was attacked by ten gunmen and boarded the vessel.

The maritime forces in countries like Philippines, Malaysia and Indonesia have strengthened their activities to fight against the Abu Sayyaf terror group in the waters of the Sulu and Celebes Sea.

The pirates have taken advantage of the maritime rules to fleein the past as the maritime boundaries of these three nations intersect in this area. However, Philippines recently allowed its neighbors the right to conduct hot-pursuit chases of pirates into Philippine waters.

Kontainers And PLS To Deliver Integrated Rate Management And Digital Front End Capabilities
Want to share your tips and advice? Got questions? Visit the community forum to ask questions, get answers, meet people, and share your tips!