TOTE Maritime Alaska has completed the first of four conversion periods for the Orca class vessels, a process which will enable the ships to use liquefied natural gas (LNG) as fuel. TOTE Maritime’s North Star arrived in Anchorage yesterday, completing her first voyage after being outfitted with two LNG tanks immediately behind the ship’s bridge.

In addition to the LNG tanks and accompanying infrastructure, the ship received critical engine updates necessary to utilize LNG as a fuel and underwent a standard regulatory dry-dock.

TOTE Maritime was the first maritime shipping company in the world to announce its intention to convert their fleet, enabling the engines to use both LNG and diesel 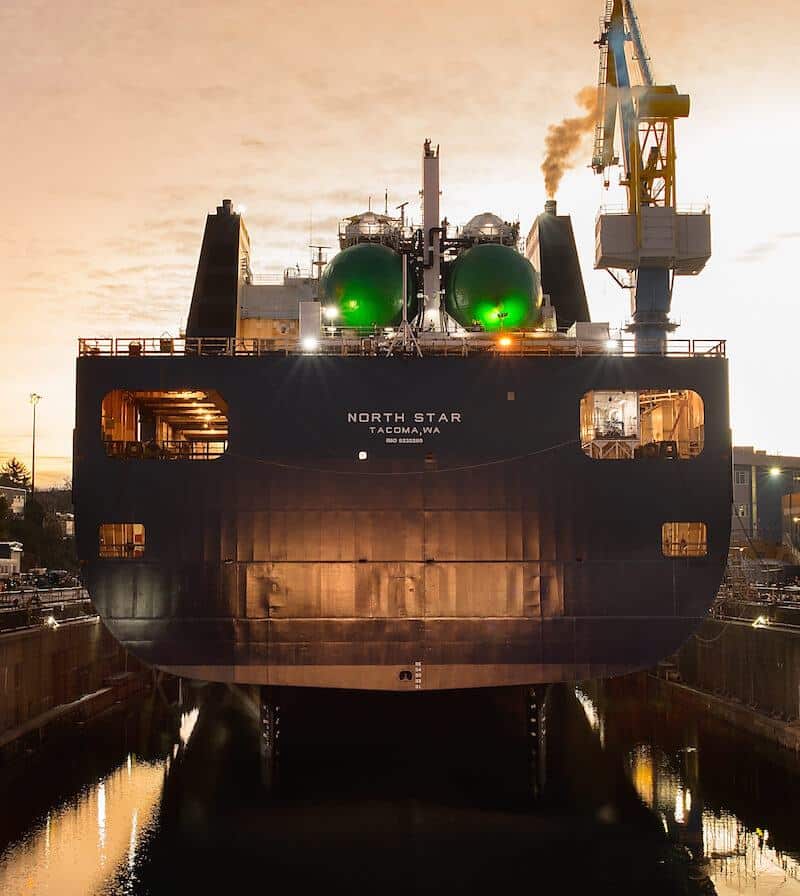 “We are excited to be the first shipping company in the United States to undertake this important environmental effort” noted Mike Noone, President of TOTE Maritime Alaska. “And we are appreciative of our customers and partners who support our ongoing effort to innovate in ways that reflect our commitment to the environment and communities we serve.”