The Atlanta field, which is located in Block BS4 in the Santos Basin offshore Brazil, is a post-salt oil field situated 185 kilometers from the city of Rio de Janeiro, in water depths of approximately 1,500 meters and contains an estimated 260 million recoverable barrels of oil equivalent. 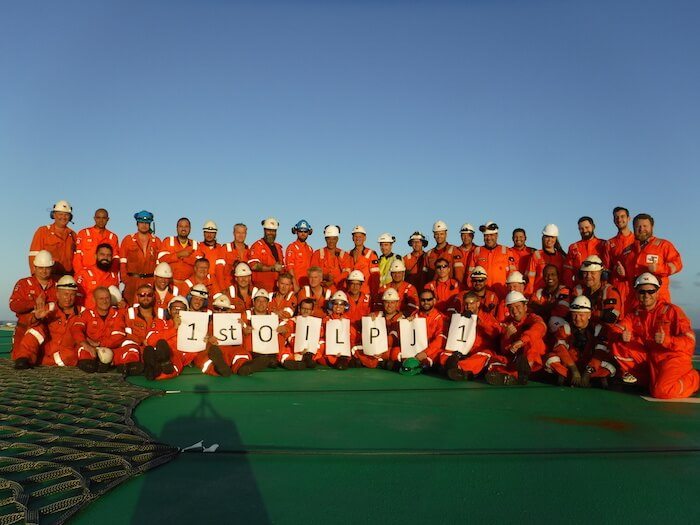 The upgraded Petrojarl I FPSO is designed to operate at water depths of up to 1,550 meters, with a production capacity of 30,000 barrels of oil per day and daily compression capacity of 225,500 cubic meters of gas.

“Today is an important day for Teekay Offshore as it marks the completion of all our near-term growth projects that are expected to generate annual cash flow from vessel operations(1) of approximately $200 million, which is also expected to further strengthen our balance sheet as we naturally delever over time,” commented Ingvild Sæther, President and CEO of Teekay Offshore Group Ltd. “In addition, the Petrojarl I FPSO project expands our presence in the fast-growing Brazilian offshore market where we now own and operate a total of five FPSO units and nine shuttle tankers.”

(1) Cash flow from vessel operations, a non-GAAP measure, represents income from vessel operations before depreciation and amortization expense, amortization of in-process revenue contracts, vessel write-downs, gains or losses on the sale of vessels and equipment and adjustments for direct financing leases to a cash basis, but includes realized gains or losses on the settlement of foreign currency forward contracts and a derivative charter contract.
(2) Excludes the impact of any potential liquidated damages relating to project delays.

ABB To Supply Special Transformers For The World’s Most Powerful Wind Turbines
Photos: One Of World’s Largest & Most Powerful Nuclear Icebreakers Out For Sea Trials
Want to share your tips and advice? Got questions? Visit the community forum to ask questions, get answers, meet people, and share your tips!