Accordingly, the master and owner of one of the foreign vessels, MV SM Samarinda established contact with the Coast Guard around 10 P.M. last Saturday, and reported that they are conducting a search and rescue operation at reported location. Immediately, the said team proceeded to the rendezvous point and started the evacuation. 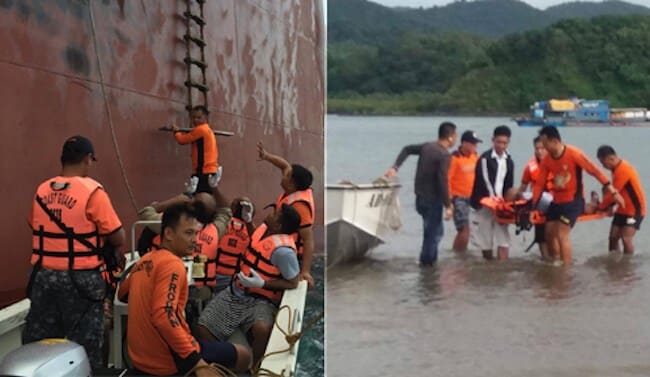 The rescued crew were immediately brought to Gerry Filippetto Memorial Foundation Hospital for further medical treatment due to multiple physical injuries and head trauma sustained from the incident.

Based on the accounts of the survivors, M/V Emerald Star, a Hong Kong-registered bulk carrier loaded with nickel ore departed from Indonesia enroute to China. Moreover, the vessel started listing to its port side and since the officers onboard failed to control the vessel, it started to sink.

As per initial coordination, the Consul General of the Indian Embassy will provide a liaison officer to assist the needs of the rescued crew members. Meanwhile, the Indian government will contact the company representative of the ill-fated vessel for further arrangements.