Despite today’s depressingly low market levels in dry bulk, there is reason to celebrate at Pangaea Logistics headquarters in Rhode Island in the US. For the second year running, they hit the top spot in the Vesselindex Performance Report, competing against 24 other listed dry bulk companies on their Time Charter Earnings (TCE) for 2019.

The Vesselindex Performance Report is interesting as it measures the TCE performance of individual companies in relation to the earning potential of their respective fleets, making sure that no company is neither penalized nor getting an advantage from inferior/superior fleet compositions. Hereby the report also, indirectly, measures the effectiveness of the commercial departments on their strategies and ability to utilize the full potential of their asset base. “Relative TCE performance should be a must-have KPI in every company” according to Partner at Liengaard & Roschmann, Søren Roschmann. “There is no point in comparing against competitors and industry peers unless you baseline TC earnings against earning potential” he continues. 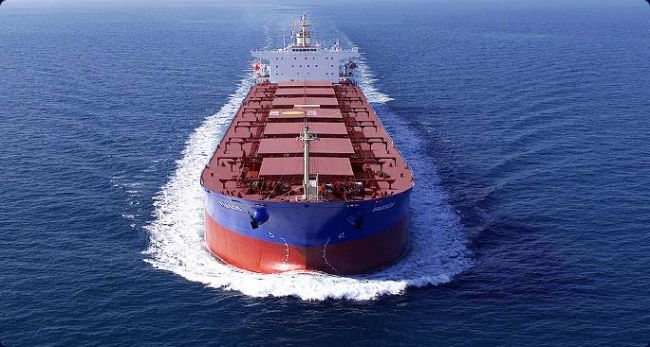 More than 950 individual vessels, distributed over more than 160 different ship designs, are covered by the report. All these vessels have been allocated an index using the online platform Vesselindex.com, as well as having been individually assessed from a naval architecture point of view with respect to speed/consumption performance.

The 100+ pages report is a detailed study of the performance of many of the well-known listed dry bulk companies, but smaller companies have also found their way into the report. The authors state that it is the aim of the report to bring more transparency to Time Charter Earnings (TCE) thus enabling industry observers, decision makers, investors, and others to compare performance across companies on a level playing field. In addition to presenting the overall standings on how the companies have performed against each other, the report also presents the performance in relation to the Baltic Exchange indices.

The study further breaks down performance into segment levels, pointing to larger variations within some companies. As an example, Genco Shipping & Trading managed to rank as top performer in the Supramax segment, whereas they rank last in the Capesize segment. Where the Supramax outperformance could stem from strategical factors such as seasonal positioning, cargo cover or from outstanding shipping craftsmanship, the authors suggest as a general observation that the lesser performance in the Capesize segment could be due to challenges – encountered by many companies during the second half of 2019 – such as scrubber installation and scheduling difficulties due to yard delays, which in turn may have made them unable to take advantage of the strong market rates.

Focusing on charter specific strategies, the study has also searched for evidence of whether wellknown themes such as owning a large fleet or a young fleet could place companies in a better earning position.

While the ink from the “Vesselindex Performance Report 2020” is not yet dry, Liengaard & Roschmann already look forward to commencing work on the next report. While relative TCE performance can be interesting to look at for a particular year, it really becomes clear who has the right setup and strategy when looking at longer periods of time. Having conducted this study for the first time in 2019 it is still early days, and no clear trends seem to indicate which companies continuously outperform or underperform the market. But time will show.

NYK Selected “Best Green Shipping Line” By HAROPA For Fourth Consecutive Year
Want to share your tips and advice? Got questions? Visit the community forum to ask questions, get answers, meet people, and share your tips!