The connections between ships, ports and people were once again the focus for an international audience, as Panama hosted the 2017 World Maritime Day Parallel Event (1-3 October).

The event was formally opened by His Excellency Mr Juan Carlos Varela Rodriguez, President of the Republic of Panama. 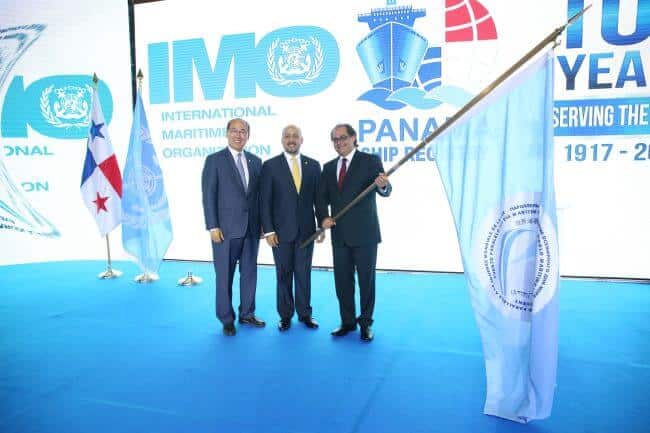 During the keynote address, which focused on the World Maritime Day theme “Connecting ships, ports and people”, IMO Secretary-General Kitack Lim emphasized IMO’s strong commitment to helping achieve the aims of the Sustainable Development Goals adopted by the United Nations.

“Shipping and ports can play a significant role in helping to create conditions for increased prosperity and stability through promoting maritime trade. As our theme for this year emphasizes, the port and maritime sectors can be wealth creators, both on land and at sea,” Mr. Lim said.

The high-level international symposium continued with insightful sessions addressing topics related to the “Connecting ships, ports and people” theme, including the role of flag States in the development of the maritime industry; port activities; and challenges facing seafarers. Participants also heard about the expansion of the Panama Canal from Mr. Jorge Quijano, Chief Executive Officer, Panama Canal Authority. Mr. Jeffrey G. Lantz, Director, Commercial Regulations and Standards, United States Coast Guard and Chair of the IMO Council, outlined how IMO connects ships, ports and people and offered a perspective on what could be done to enhance the linkages between them.

During the closing ceremony, a commemorative plaque was presented to Panama by Secretary-General Lim. The World Maritime Day Parallel Event flag was handed over by Mr. Jorge Barakat Pitty, Minister of Maritime Affairs of Panama, to Mr. Marek Gróbarczyk, Minister of maritime economy and inland navigation, Poland. Poland will host the 2018 Parallel Event. 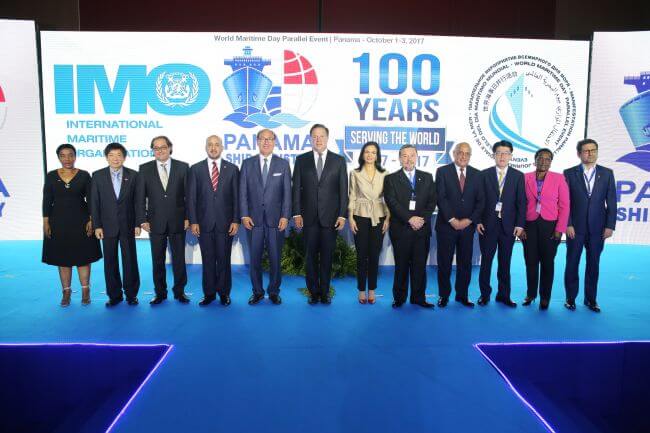 Transport and maritime Ministers/Vice-Ministers from eight countries, who were attending the World Maritime Day Parallel Event, took part in a roundtable discussion with IMO Secretary-General Lim. Discussions focused on capacity building and maritime education, emphasizing the use of technology to disseminate educational material; and security, including piracy and cyber security, recognized as a key challenge facing the maritime industry.

The IMO Member States represented were: Guatemala, the Islamic Republic of Iran, Kenya, Panama, Poland, the Republic of Korea, Singapore and South Africa.

While in Panama, IMO Secretary-General Lim also spoke at a number of events which were organized to coincide with the World Maritime Day Parallel Event.

Mr. Lim highlighted the crucial role of port State control, as the “second line of defence against non-compliance with international standards”, at the XXIV Meeting of the Committee and the IX Meeting of the Information Centre, Administration and Technical Working Group of the Viña del Mar Agreement (4 October). 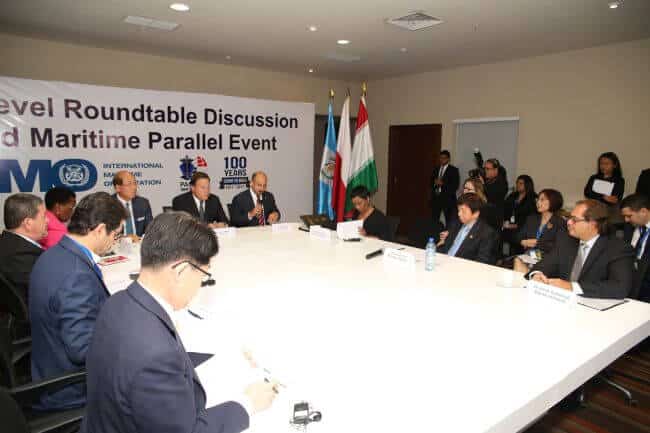 At the Hemispheric Conference on Competitiveness, Innovation and Logistics: Integral Ports Management for Better Efficiency (4 October), organized by the Panama Maritime Authority and the Secretariat of the Inter-American Committee on Ports (S/CIP) of the Organization of American States (OAS), Mr. Lim highlighted IMO’s role in helping the free flow of trade from an administrative perspective, via the Facilitation Convention.

Mr. Lim also spoke at the INTERTANKO Latin America Panel Meeting (4 October). Mr. Lim expressed his appreciation for the technical expertise provided by international non-governmental organizations such as INTERTANKO, which contributes to the regulatory processes at IMO.