This week , Grupo Unidos por el Canal ( GUPC ) , contractor for the Third Set of Locks Project, will perform the opening of the five (5) valves that will mark the beginning of the process of flooding of the new locks on the Atlantic side .

The project manager from GUPC, Jose Pelaez , said that five million cubic meters of water will be used to fill the two first chambers (lower house and a half ) and that this operation will go on for approximately four ( 4 ) days. ” After this phase, we will be able to start testing the first two gates and so on ,” he added 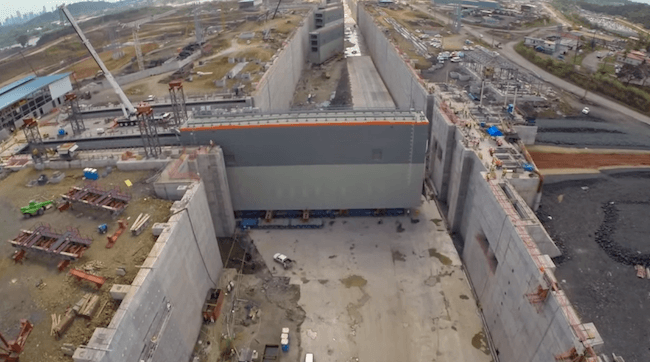 GUPC said the flooding of each lock can take about three to four months and plans to make this process of flooding in the coming Pacific sector.