The Panama Canal announced the transit of Princess Cruises’ Island Princess, marking the beginning of what is expected to be a busy cruise season. According to Senior International Trade Specialist, Albano G. Aguilar, the Canal will facilitate approximately 258 transits over the next few months, including a record-breaking number by Neopanamax vessels. 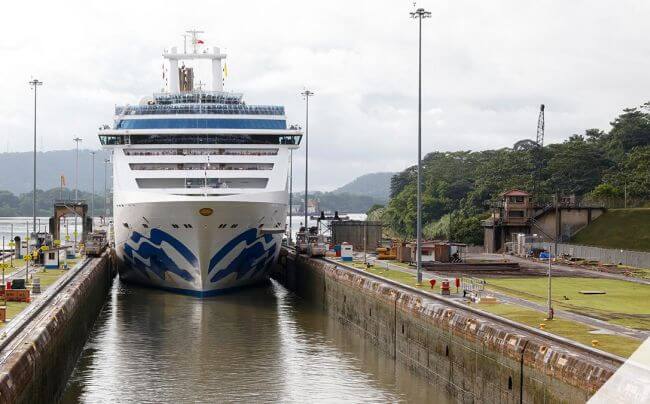 “We will see about a ten percent increase in cruise ship transits at the Panama Canal this season in comparison to last year, a boost largely driven by Neopanamax vessels” said Aguilar. “We are proud to play a role in Panama’s thriving tourism sector and look forward to showing off what our country has to offer to the more than 320,000 passengers visiting us from around the world this season.”

The Canal expects 29 transits by Neopanamax cruise ships this season, including at least one by the Norwegian Bliss, which remains the largest cruise ship to pass through the waterway. It will be preceded by its sister ship, the 3,883-passenger Norwegian Joy, which will pass through for the first time later this month. 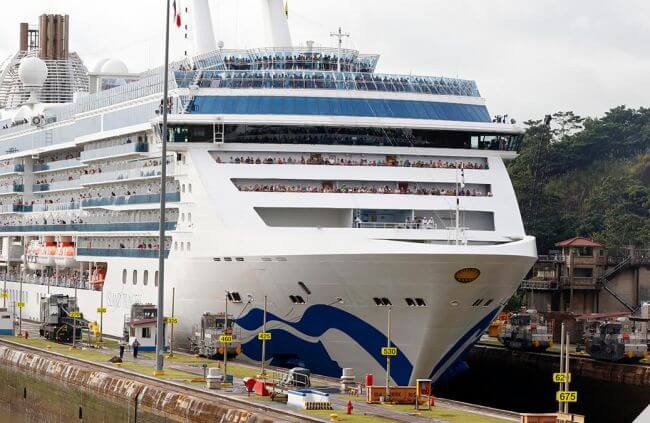 Princess Cruises’ Island Princess, which transited northbound earlier today, originated in Vancouver, Canada, and will continue on its 21-day journey to Fort Lauderdale, Florida. It will be followed by other ships from major cruise lines over the course of the year, including Holland America Line, Norwegian Cruise Line, Carnival Cruise Line, and Royal Caribbean Cruises, among others. Smaller cruises, including Windstar’s Star Pride and Lindblad Expeditions’ National Geographic Quest, are also expected to cross the Canal.

The Panama Canal alone attracts over 900,000 tourists each year. Its main attractions include the Miraflores and Agua Clara Visitor Centers and Cocoli Pavilion, which boast exhibition halls, ship observation decks and guided tours.