In January 2017, the Panama Canal set a new monthly tonnage record of 36.1 million Panama Canal tons (PC/UMS), with the transit of 1,260 ships through both the Expanded and original locks.

The previous record was established the month prior, in December 2016, when 1,166 ships transited the waterway for a total of 35.4 million PC/UMS. 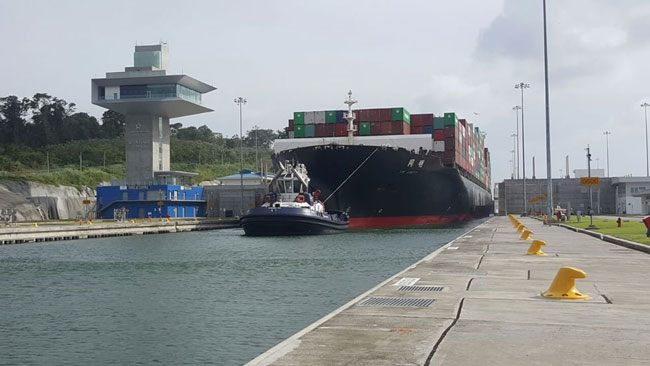 “This increase reiterates the importance of the Expanded Canal, and it’s further proof of the maritime industry’s continued confidence in the Panama Canal and the impact it will have on the future of global trade,” said the Panama Canal Administrator Jorge L. Quijano.

Prior to the inauguration of the Expanded Canal on June 26, 2016, the monthly tonnage record was 30.4 million PC/UMS, which was set in October 2014.

Seven months after the beginning of operations, the Expanded Canal has already transited more than 750 Neopanamax vessels – more than 50 percent of which were container ships. In addition, the Expanded Canal has accommodated liquefied petroleum gas (LPG) and liquefied natural gas (LNG) vessels, as well as bulk carriers, tankers and vehicle carriers.

In April 2017, the Expanded Canal will continue to impact world maritime trade with the passage of the first Neopanamax cruise vessel. Neopanamax passenger vessels are capable of transporting up to 4,000 passengers, nearly twice as much as the Panamax vessels able to transit the original locks.