From August 1st to November 30th, 2020, a new period will come into force, to comply with the annual recommendations on speed and maritime traffic established by the International Maritime Organization (IMO) since 2014, which limits the speed to 10 knots. This period coincides with the start of the cetacean migration season and the sighting through the waters of Panama.

Panama has complied, since December 1, 2014, with maritime traffic separation devices (TSS) located in Cristóbal, in the Caribbean Sea and the coast of the Pacific Ocean, both on the shipping routes of the entrances to the Canal.

That is why the Panama Canal has reiterated to its clients, the need to abide by the TSS schemes established by the IMO in the convergence and high-density zones as a measure to preserve the whales. During the validity of the regulations, the ships that will transit the Canal must limit the speed of navigation through the established areas to 10 knots, as mentioned in the regulation. 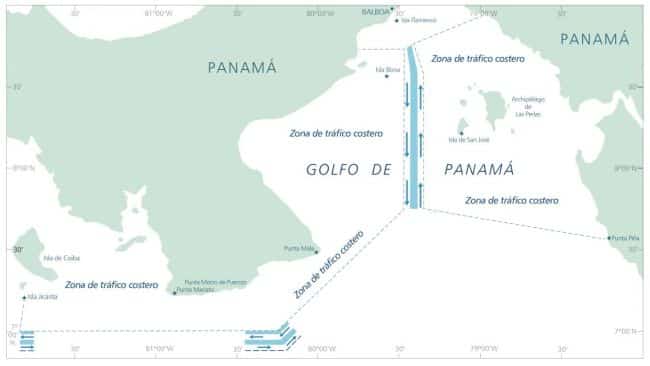 This measure increases the safety of navigation in areas of convergence and high traffic density.

“In this way, the Panama Canal reaffirms its commitment to long-term sustainability by promoting the conservation of cetaceans through a call to follow up on the recommendations and guidelines established by the existing maritime traffic devices,” said administrator Ricaurte Vásquez Morales.

“It is necessary”, said the Administrator, “to prevent collisions of cetaceans with ships and to continue the good environmental practices of shipping companies that travel the oceans”.

Since tracking devices were put into practice, humpback whales and other types of cetaceans’ collisions with ships have been reduced considerably, while improving maritime safety and control of vessels transiting jurisdictional waters from Panama.