For the fourth consecutive year, the Panama Canal Authority (ACP) has been recognized by the Ethisphere Institute, an independent center of research promoting best practices in corporate ethics and governance, as a 2014 World’s Most Ethical Company.

ACP has been honored with this award, which recognizes organizations that continue to raise the bar on ethical leadership and corporate behavior.

“It is an honor for the Panama Canal to receive this award, especially during the year of its centennial,” Panama Canal Administrator Jorge L. Quijano said. “The ACP thrives to ensure that our business model shows our commitment to transparency, ethical values, and responsibility to the Panamanian people, our customers and the environment.” 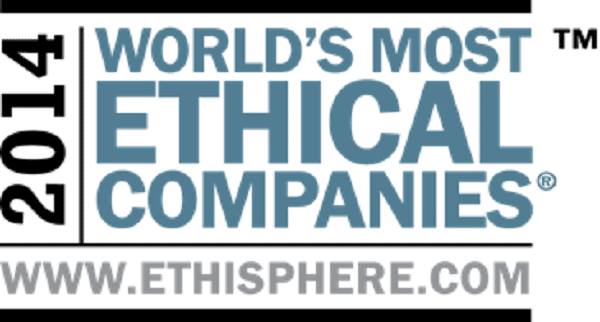 The 2014 World’s Most Ethical Companies list features 144 companies from 41 industries in areas including retail, business services, energy and utilities, electronics, and transportation and logistics.

ACP was one of the three Latin American companies honored with this award. The other two companies were from Brazil. Other companies receiving this recognition included: Ford Motor Company, General Electric Company, Holland America Line, PepsiCo., Inc. and Microsoft Corporation.

“The entire community of World’s Most Ethical Companies believe that customers, employees, investors and regulators place a high premium on trust and that ethics and good governance are key in earning it,” said Ethisphere’s Chief Executive Officer, Timothy Erblich. “The ACP joins an exclusive community committed to driving performance through leading business practices. We congratulate everyone at the ACP for this extraordinary achievement.”

The full list of the 2014 World’s Most Ethical Companies can be found at https://ethisphere.com/worlds-most-ethical/wme-honorees/.