Last week, the Panama Canal participated in the International Maritime Organization’s (IMO) 71st Marine Environment Protection Committee (MEPC) meeting as part of the Panama delegation. Held in London from July 3-7, the MEPC assembles influential stakeholders from across the maritime community to discuss pollution prevention and control. This year’s session focused specifically on the implementation of the Ballast Water Convention and IMO’s strategy to reduce greenhouse gas (GHG) emissions caused by the maritime industry.

Members of the Panama delegation spoke with industry specialists at the MEPC 71 about the shipping industry’s impact on the environment and participated in two working group meetings, including one on the reduction of GHG emissions from ships, and another on further technical and operational measures for enhancing the energy efficiency of international shipping. 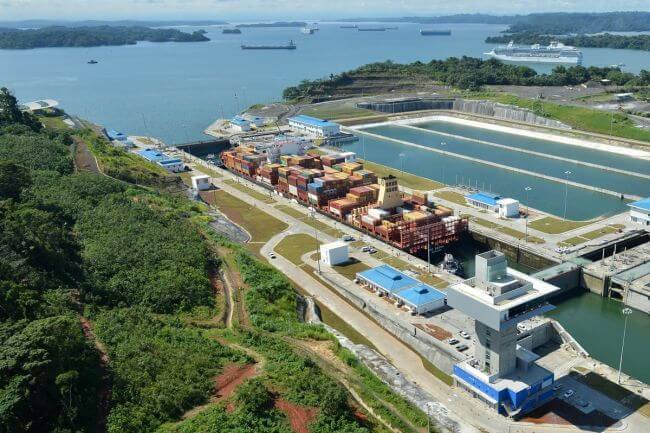 “Taking IMO’s new strategy into account, the Panama Canal remains committed to reducing its impact on the environment to combat global warming, as we have since the Canal was inaugurated 102 years ago,” said the Panama Canal’s Environmental Protection Specialist Alexis Rodriguez.

Since opening in 1914, the Panama Canal’s strategic geographic location has enabled vessels to shorten the distance and duration of their voyages compared to alternate routes, thus reducing costs and GHG emissions. The waterway is estimated to have saved more than 670 million tons of carbon dioxide emissions over the course of its history.

The Expanded Panama Canal, which recently reached the one year anniversary of its opening, lessens shippers’ environmental impact even further. In addition to providing the same shorter route, the Expanded Canal’s wider, longer and deeper lane has allowed more than 1,500 Neopanamax vessels to transit over the past year, providing greater cargo carrying capacity and requiring less cargo movements, thereby reducing costs, fuel consumption and emissions.

The Panama Canal Green Route is currently leading a number of sustainability initiatives, such as its Green Connection Award and Environmental Premium Ranking, which reward customers who meet high environmental efficiency standards. Thus far, more than 85 vessels have been honored with a Green Connection Award and more than 275 vessels have qualified for the Environmental Premium Ranking since it was implemented in January 2017.