You are here: Home › Shipping News › Panama Canal Featured As One Of The Best Places To Go In 2017
TwitterFacebookLinkedInPinterestBuffer

Coinciding with the inauguration of the Expanded Canal earlier this year, the Panama Canal has been named one of Frommer’s best places to go in 2017.

Frommer’s travel guides, which have been published annually since 1957, have become a go-to reference for travelers worldwide. The 2017 list was selected by a team of award-winning editors and writers, and it highlights a series of 17 top vacation destinations around the world. The entire list is available at: Frommers.com/BestPlaces2017. 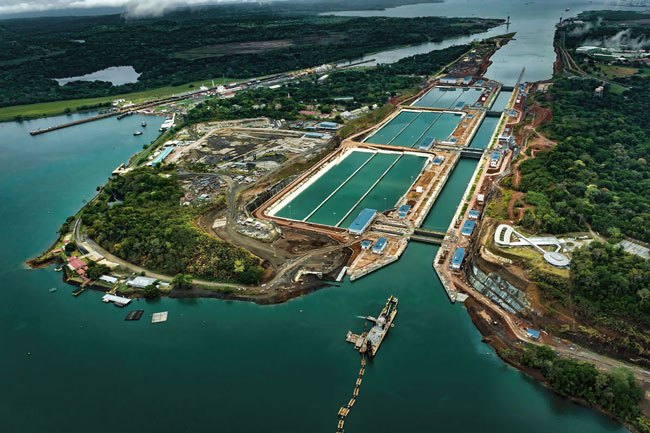 “It is an honor to be recognized by Frommer’s during the inaugural year of the Expanded Canal,” Panama Canal Administrator and CEO Jorge L. Quijano said. “We’re glad that the Expanded Canal is not only changing world maritime trade, but can also be discovered and enjoyed by travelers from all over the world, further increasing Panama’s tourism offer.”

Frommer’s highlights the Panama Canal’s Agua Clara Visitor Center (formerly known as Expansion Observation Center) in the Atlantic side of the waterway, where visitors can see the recently inaugurated Expanded Canal. Immersed in a tropical forest, visitors may enjoy a breathtaking panoramic view of the new Agua Clara Locks and Gatun Lake from an unrivaled viewpoint (50 meters above the Panama Canal).

In the center, visitors are able to discover Panama’s wildlife on an ecological trail and learn how the newly-expanded Panama Canal works. Amenities include a restaurant overlooking Gatun Lake, a cafeteria, a children’s playground and a gift shop.

Visitors can also visit the Miraflores Visitor Center in Panama City to see the original 100-year-old Canal. Visitors are able to learn about the past, present and future of this marvel of modern engineering that has been connecting the Atlantic and the Pacific Oceans since 1914.

In addition, as Frommer’s mentions, visitors are able to experience the original and expanded Canal by traveling through the locks via cruise ship. More than 230 cruise ships are expected to transit the Panama Canal during the 2016-2017 cruise season. In addition, the Panama Canal is also accepting booking requests for Neopanamax passenger vessels for transit dates beginning April 1, 2017. To date, 19 reservations have been made for passenger vessels to transit the Expanded Canal.