The Panama Canal facilitated this Sunday the transit of Holland America’s MS Zaandam and MS Rotterdam cruise ships, under extraordinary conditions and for humanitarian reasons.

After not being able to dock at ports in South America, the MS Zaandam arrived to the assigned anchorage in Panama on March 27. Holland America’s MS Rotterdam cruise ship arrived earlier that day and was assigned anchorage awaiting the arrival of the MS Zaandam, in order to transfer healthy passengers and medical supplies, following strict protocols developed in conjunction with the U.S. Centers for Disease Control and Prevention (CDC).

Passengers transfer continued throughout Saturday, March 28, and the delivery of additional supplies was completed this Sunday, March 29. 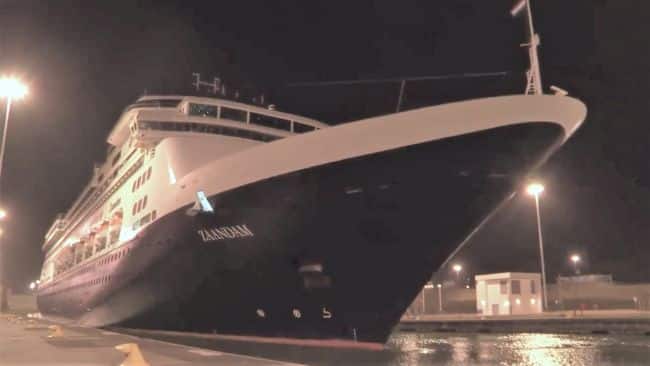 Panama’s Health Ministry (MINSA) authorized the MS Zaandam’s transit on March 28 after receiving information on the sanitary conditions of the vessel, including four deaths on board. On Saturday, the Panama Canal also authorized the transit of the MS Rotterdam, under the same conditions established by MINSA, allowing both ships to transit one after the other.

The Panama Canal has taken extreme sanitary measures to transit these two ships, including using the Neopanamax Locks as means to reduce to a minimum the number of Canal employees involved in the transit.

The MS Zaandam had booked, since April 2018, a transit through the Panama Canal for April 1, 2020. Transiting the Panama Canal will decrease travel time to a port on the Pacific Coast of the United States by 2.5 days.

The Panama Canal facilitated the transit of Holland America’s MS Zaandam and MS Rotterdam cruises on Sunday, under extraordinary conditions and for humanitarian reasons. pic.twitter.com/TfOw6V51tA