In its first year of operations, the Expanded Panama Canal has continually set records and surpassed expectations, resulting in redrawn global trade routes and positive world-wide impact, as the Canal looks to further position Panama as the logistics hub of the Americas.

Today, the Panama Canal commemorated the one-year anniversary of the inauguration of its Expanded Canal, one of the most significant milestones in the history of the 102-year old waterway and a defining moment for the people of Panama and the global maritime industry. 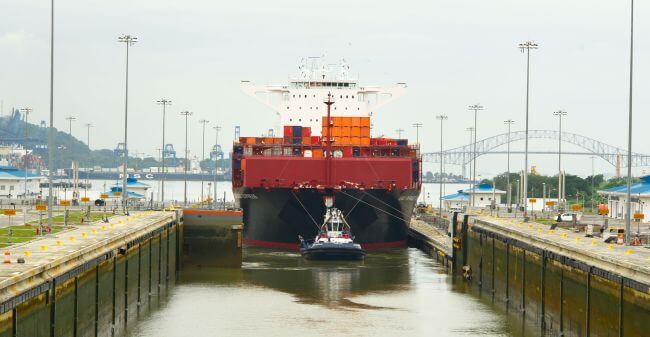 During the one-year anniversary, the vessels that transited the Expanded Canal received commemorative plaques. The honored vessels included:

“These transits are a testament to the global maritime industry’s confidence in the Expanded Canal,” said Panama Canal Administrator Jorge L. Quijano. “The countless accomplishments set over the past year have surpassed even our own expectations for the project. We would like to thank everyone involved, from our customers to our highly-skilled employees, for their role in making this year such a great success.”

Over the past 12 months, the Expanded Canal’s performance has exceeded what was originally forecast, as global trade routes have been redrawn and its positive impact has been felt around the world. Notable milestones include:

More than 1,500 Neopanamax vessels have transited the Expanded Canal. Containerships represent approximately 51.3 percent of traffic through the Expanded Canal, followed by LPG and liquefied natural gas (LNG) carriers, which represent approximately 31.5 and 9.1 percent, respectively. Other segments such as bulk carriers, tankers, car carriers and passenger vessels have also transited the Neopanamax Locks.

Together, these activities have led to a ripple effect on local and global economies, positively impacting the international shipping industry as ports worldwide continue to invest in their infrastructure to accommodate the influx in Neopanamax traffic from the Expanded Canal. Investment has been particularly prevalent among U.S. East Coast ports, which have experienced strong growth and broken cargo records, providing a boost to their local economies.

Similarly, the Panama Canal has experienced a record-breaking year of its own. Months into its operation, the waterway experienced both daily and monthly tonnage records thanks to the additional tonnage transported through the Neopanamax Locks.

Following the transfer of the waterway in 1999, the Panama Canal has taken a number of steps to maximize the overall efficiency, safety and reliability of the route. The Panama Canal recognized that in order to maintain the competitiveness of the route, it would need to expand to accommodate larger ships. So, in 2006, with the support of the Panamanian people, the construction of the Expanded Canal began.

Today, the Panama Canal has various infrastructure projects planned to provide greater connectivity and transshipment opportunities to the region.

Specifically, the Panama Canal has plans to concession a roll-on roll-off (RoRo) terminal to serve as a center for the redistribution of vehicles, machinery and heavy equipment; a 1,200-hectares logistics park to further strengthen the logistics services in the region; an LNG terminal on the Atlantic side of the waterway to provide LNG bunkering and redistribution capabilities; and the ACP will continue to advance plans for the Corozal Container Terminal.

“Today’s milestone provides us with an opportunity to reflect on the Canal’s strong performance to-date and the industry’s wide-spread adoption of the waterway,” said Mr. Quijano. “Looking forward, the next decade will serve as a significant next chapter in the Panama Canal’s story as we continue to advance various infrastructure projects within the region to further position Panama as the logistics hub of the Americas—for the benefit of our customers, and for the people of Panama.”