With the raising of the national flag by the President of the Republic, Laurentino Cortizo, in the Administration Building, Panama celebrated today the 20 years of transfer of the Canal, during which the interoceanic highway has contributed to the growth and development of the country.

President Cortizo raised the flag on the outside of the Canal Administration Building, right in the same place where 20 years ago the transfer of the US interoceanic highway to Panamanian hands took place.

At noon on December 31, 1999, Panama assumed full control over the operation and administration of the Canal, as well as the surrounding areas, in compliance with the treaties signed in 1977 between the head of the Panamanian government, General Omar Torrijos, and the President of the United States, James Carter. 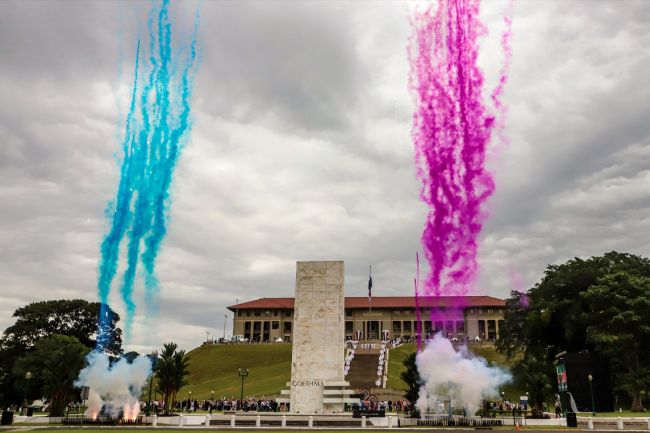 In the ceremony on Tuesday, the President of the Board of Directors and Minister for Canal Affairs, Aristides Royo, and the administrator of the road, Ricaurte Vásquez Morales, as well as ex-plaintiffs of the Republic, former directors and administrators of the Canal, as well as negotiators participated of the Torrijos-Carter Treaties and protagonists of the deed of January 9, 1964.

Minister Royo stressed that “the meaning and significance of the Panama Canal in Panamanian hands fills us with pride.” «We fought during the 20th century to see a single flag waving in the national territory. Twenty years later we manage the Canal more efficiently. »

Administrator Vásquez Morales said that “over the course of these two decades, we have fulfilled our mandate to operate the Canal in a safe, continuous, efficient and profitable manner.”

He reaffirmed the commitment of the Panama Canal and its team to overcome the challenges facing the interoceanic path towards the future in the context of a world in constant change, especially in the face of factors such as “climate change and its effects, which clearly impact us ”

Here are a series of milestones reached during the 20 years of Panamanian administration of the Canal: