The Panama Canal supports all efforts being made to ensure an expedited return home for cruise passengers and crew on Holland America’s Zaandam.

The Panama Canal is preparing to facilitate the transit of the Zaandam through the waterway, after receiving authorization from Panama’s Ministry of Health.

The cruise ship is currently anchored outside Panama Canal waters, where passengers are being transferred to Holland America’s Rotterdam, as part of an operation approved by the Panama Maritime Authority (AMP). 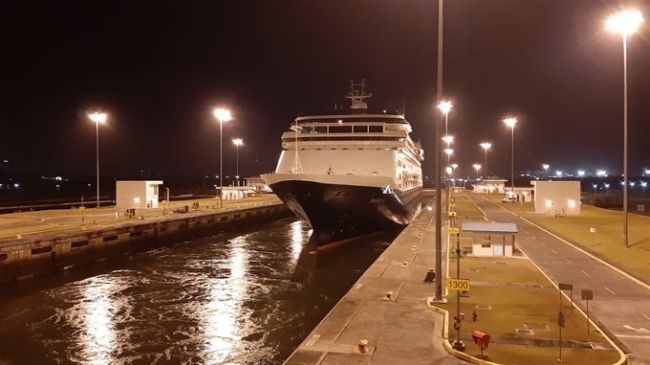 The ship will be scheduled for transit after entering Canal waters, which has not occurred to-date. According to the Zaandam’s itinerary, the vessel was originally scheduled to transit on April 1.

Traveling through the Panama Canal will allow the Zaandam to save two days in their journey back to Florida.