Overseas Shipholding Group, Inc. (“OSG”), a provider of energy transportation services for crude oil and petroleum products in the U.S. Flag markets, announced that it has entered into a Bareboat Charter Party Agreement with the owner of the vessel known as the Oregon Voyager. OSG will rename the 1999-built U.S. flagged product tanker the Overseas Key West and intends to use this vessel in the U.S. coastwise trade under the Jones Act. The Bareboat Charter extends for 10 years, into 2029. OSG will undertake the vessel’s fourth special survey following the vessel’s expected delivery and expects the vessel to commence commercial operations during the second quarter of 2019.

Sam Norton, OSG’s President and CEO, remarked, “Following closely on our decision to extend all of the leases for our AMSC-owned tankers, the addition of the Overseas Key West to our fleet of Jones Act tank vessels is an important and visible signal of OSG’s continuing commitment to sustaining our leading position in the markets which we serve. The extended duration of this new lease agreement is both an affirmation of our positive outlook for the future as well as a validation of OSG’s reputation as a preferred counterparty in operating Jones Act tank vessels to the high standards demanded by its customers.”

Mr. Norton added, “At current market levels, we expect the Overseas Key West to contribute more than $18 million per annum in time charter equivalent revenue once she enters into service. At this revenue level, we estimate that the Overseas Key West would add approximately $5.5 million in net annual vessel operating contribution, which would be a welcome addition toward building a solid future cash flow profile.” 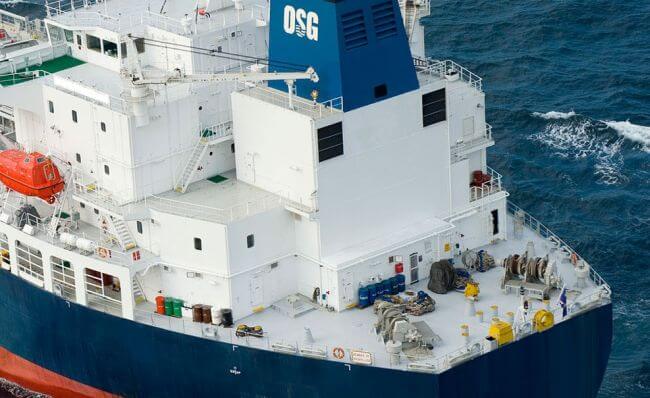 OSG’s announcement of its new bareboat charter is the latest in a series of transactions previously announced, including:

“We had a busy and highly productive fourth quarter,” commented Dick Trueblood, Vice President and CFO of OSG. “Having extended the maturities of all of our material liabilities and having resolved any perceived uncertainty regarding the future deployment of our principal revenue generating assets, we believe that we have enhanced the future visibility of our cash flow streams. We are optimistic that this improved visibility will highlight the value-generating prospects of our business model and provide us with the capability to pursue additional growth opportunities.”