On 18 February 201 the 168,666-gt cruise ship Ovation of the Seas, whose construction has taken merely 18 months, will float out of MEYER WERFT’s covered building dock II. 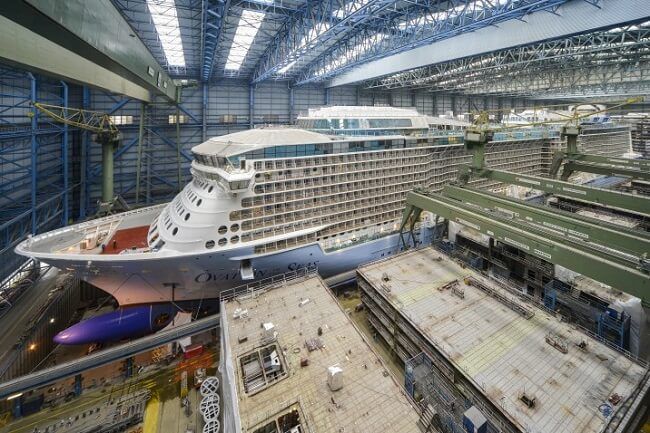 Over the last few weeks the shipyard has been busy conducting extensive tests, interior work and machinery trials. The float-out of the ship, which is built for the US cruise operator Royal Caribbean International will commence around 12.30 p.m.

Following the float-out and more tests to be carried out in the harbor, the ship will be berthed alongside the yard’s outfitting pier.

Delays in the time schedule due to weather conditions may occur.