Ocean Network Express (ONE) and PSA Singapore (PSA) jointly celebrated the highest productivity record of ONE’s containership – “NYK SWAN”, at the PSA Singapore’s Pasir Panjang Terminal on 21 December 2018. Over 6,000 container moves were accomplished in 18.5 hours or a gross berth productivity rate of over 300 ship shore moves, which was an exceptionally high-performance standard in container shipping operation. 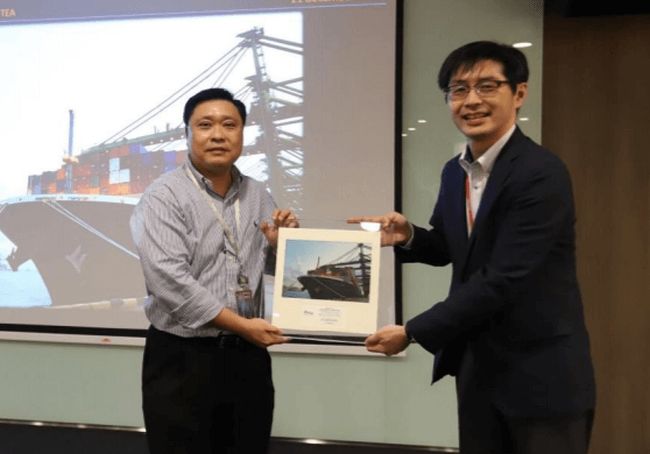 A celebratory event was attended by over 100 representatives from ONE and PSA singapore, including Mr. Takashi Kase, Senior Vice President of Global Vessels Operations (ONE); Mr. Arthur Schoof, Vice President of Procurement (ONE); and Mr. Philbert Chua, Vice President of Pasir Panjang Terminals 1-3 (PSA Singapore). This was a significant occasion for both ONE and PSA, as it not just represented the highest productivity rate by far demonstrated by an operating vessel of ONE, but also served as a new operational benchmark for PSA.

This remarkable record in operational excellence demonstrated ONE’s service reliability in commitment and efficiency to meet the market’s growing demand. Inspirited by this milestone, ONE continues to drive excellence in operations to achieve and exceed the expectations of all valuable customers and partners.