A tanker collides with an unknown ship off the Ivorian coast, causing a major oil spill. This was the scenario of an oil spill training exercise that took place in Abidjan and Assinie, Côte d’Ivoire (8-9 June). The deployment exercise involved more than 100 participants from various public institutions and the private sector, working together to fight the simulated spill, first at sea and then ashore.

The event tested Côte d’Ivoire’s National Oil Spill Contingency Plan, which has been developed over recent years with support from the Global Initiative for West, Central and Southern Africa (GI WACAF) – a joint IMO-IPIECA project. 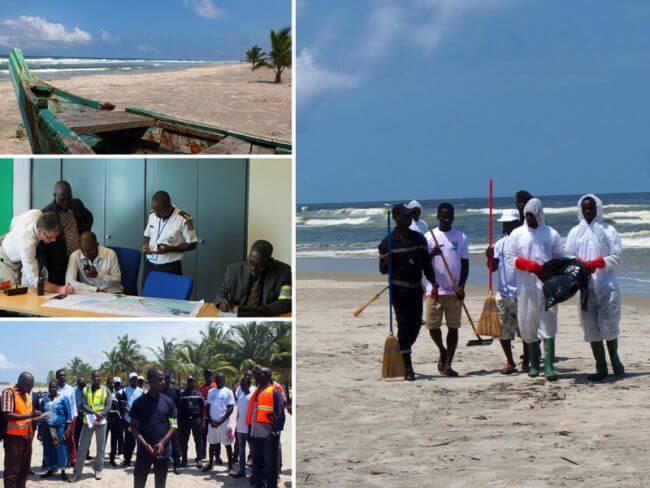 Following the training, which was organized by the Centre Ivoirien Anti Pollution (CIAPOL), GI WACAF will draft an evaluation report, which will help Ivorian authorities to further improve the Plan by identifying strengths and potential areas for improvement.

IMO’s Julien Favier of the GI WACAF project and a consultant from the French Navy, Lieutenant Charles-Henri Thouaille, participated in the exercise as observers on request of CIAPOL.